An analysis of randomized controlled studies found that people who drank green tea experienced a significant reduction in BMI and body weight. No significant improvement was however observed with regards to waist circumference and green tea consumption.1✅ JOURNAL REFERENCE
DOI: 10.1002/ptr.6697

This analysis consisted of 26 studies with a total of 1,344 participants, which revealed that body weight and BMI changed significantly after consumption of green tea of less than 800 mg/day for periods of 12 weeks or more.

The benefits seem to be as a result of improved gut health, such as more beneficial microbes in the mice’s intestines and less intestinal wall permeability, a condition known as “leaky gut” in humans.

In another study of obese mice, those that consumed a green tea compound known as EGCG together with a high-fat diet gained weight significantly slower compared to a control group that didn’t consume the green tea supplement.3✅ JOURNAL REFERENCE

Two groups of mice were given a high-fat diet. The mice that consumed the EGCG compound together with the high-fat diet gained weight 45% slower compared to the control group consuming the identical diet without the EGCG compound. The results indicate that supplementing with green tea or EGCG will help gain weight slower.

As well as slower weight gain, the mice consuming the green tea compound exhibited an almost 30% increase in fecal lipids, which suggests that the absorption of fat was restricted by the EGCG. So not only does EGCG reduce the ability to absorb fat, but it also enhances the ability to use fat.

Appetite didn’t seem to be suppressed by the green tea, and both groups of mice could feed at any time and ate the same amount of high-fat food. 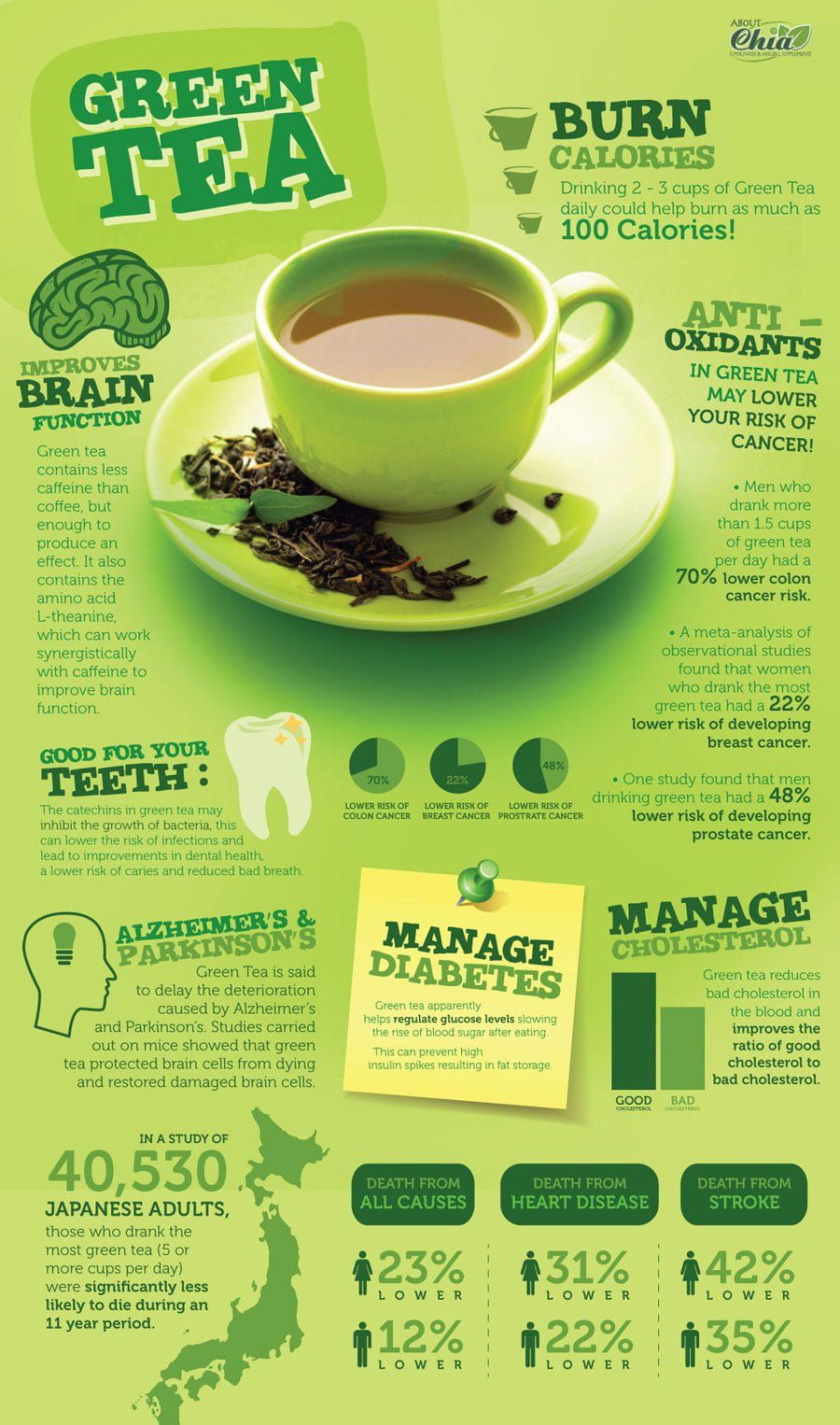