1. Ginger may help to reduce symptoms of morning sickness

A double-blind, placebo-controlled, study has revealed that a formulation that contains ginger and honey is safe and effective for treating morning sickness associated vomiting and nausea.1✅ JOURNAL REFERENCE
PMID: 12233808

The 6-month study included women between the ages of 24 and 37 in their first 12 weeks of pregnancy. The women were randomly allocated to use the ginger and honey formulation or a placebo formulation. A 10-point scale was used to rate their symptoms and how they felt at regular intervals.

These results suggest that 1 g of ginger consumed daily in multiple doses seems to be a safe and effective option for treating nausea in early pregnancy.

A meta-analysis of twelve randomized controlled trials which involved 1278 pregnant women found that ginger significantly improved nausea symptoms in comparison to placebo. The number of vomiting episodes was not significantly reduced with ginger during pregnancy in comparison to placebo, even though there was a slight improvement. No risk of side effects or adverse advents was found with the use of ginger while pregnant.2✅ JOURNAL REFERENCE
DOI: 10.1186/1475-2891-13-20

The review concludes that ginger is a harmless and potentially effective alternative treatment option for women suffering from vomiting and nausea while pregnant. 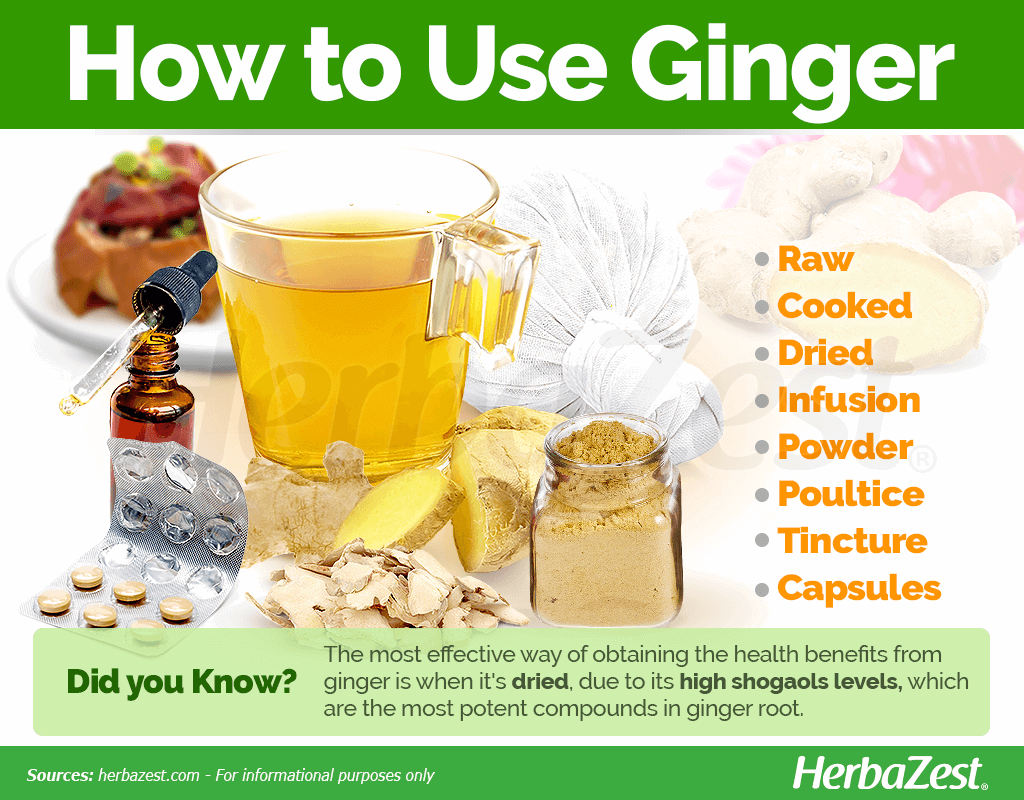