5.  Ginger may be a potential treatment for ovarian cancer

The researchers also discovered that ginger resulted in 2 kinds of cell death. One kind of cell death, called apoptosis, is a result of cancer cells basically committing suicide. Autophagy is the other kind, which results from cells attacking or digesting themselves.

The majority of patients with ovarian cancer develop recurring disease that sooner or later becomes resistant to chemotherapy, which is related to apoptosis resistance. According to the researchers, ginger may evade resistance to chemotherapy if it can result in asapoptosis as well autophagic cell death.

Ginger is effective for inflammation control, and inflammation leads to ovarian cancer cell development. The researchers suspect that by stopping the inflammatory reaction, ginger also stops the growth of cancer cells.

The study found that ginger caused cell death in ovarian cancer cells at a comparable rate to the chemotherapy drugs normally made use of for treating ovarian cancer. 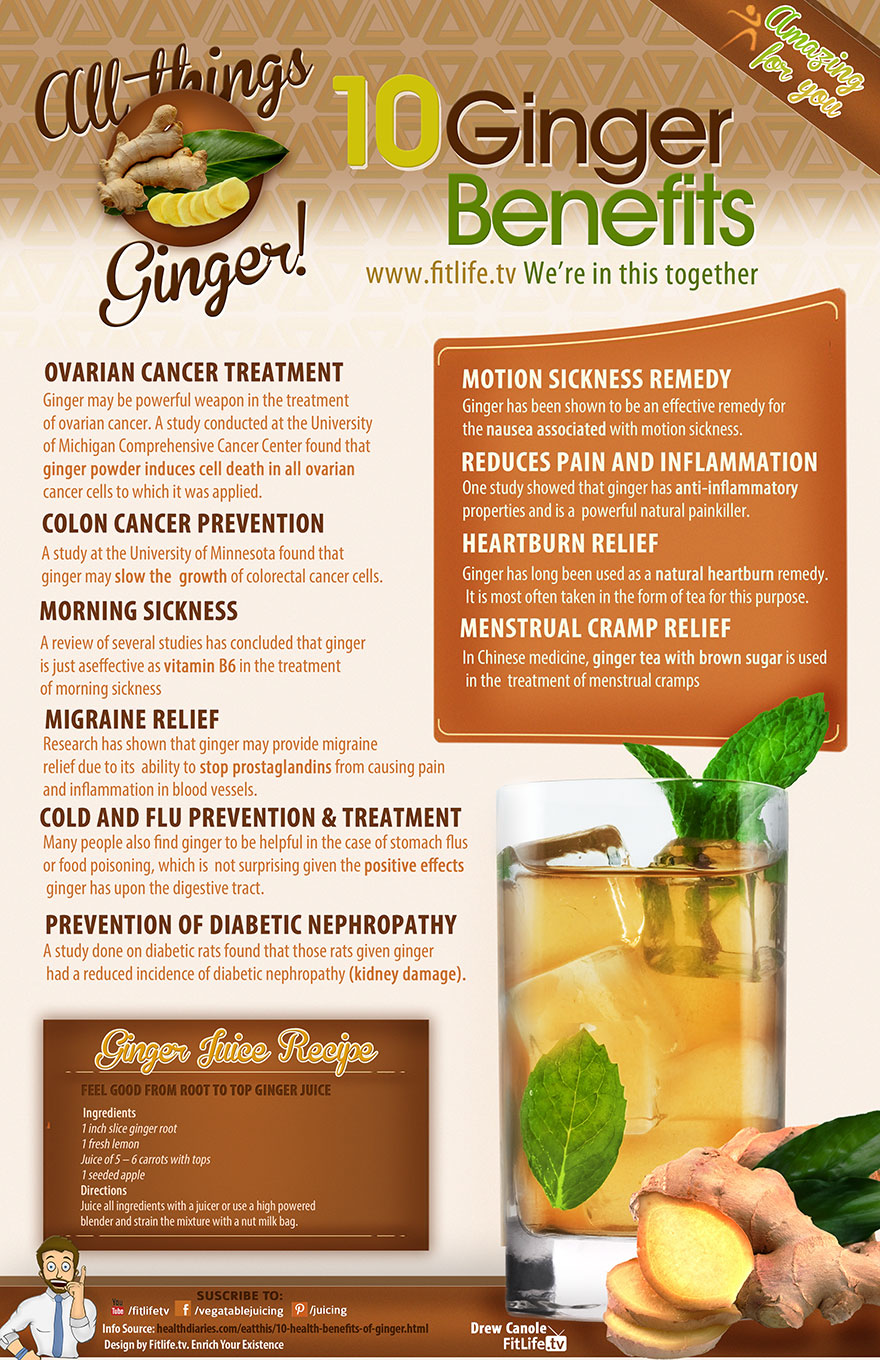