4. Cinnamon may help to reduce the risk of heart disease

Several studies have shown that the cinnamaldehyde found in cinnamon has protective effects on the cardiovascular system.1✅ JOURNAL REFERENCE
PMC: PMC4003790

One study in rats has reported that cinnamaldehyde and another compound found in cinnamon called cinnamic acid offered protection against ischemic myocardial injury, which indicates the potential that cinnamon has to be used for treating cardiovascular diseases.2✅ JOURNAL REFERENCE
PMID: 24001892

Cinnamaldehyde has also been shown to help reduce high blood pressure, which is another heart disease risk factor. Cinnamon also helps in increasing circulation and improving tissue repair, which could help to regenerate heart tissue. 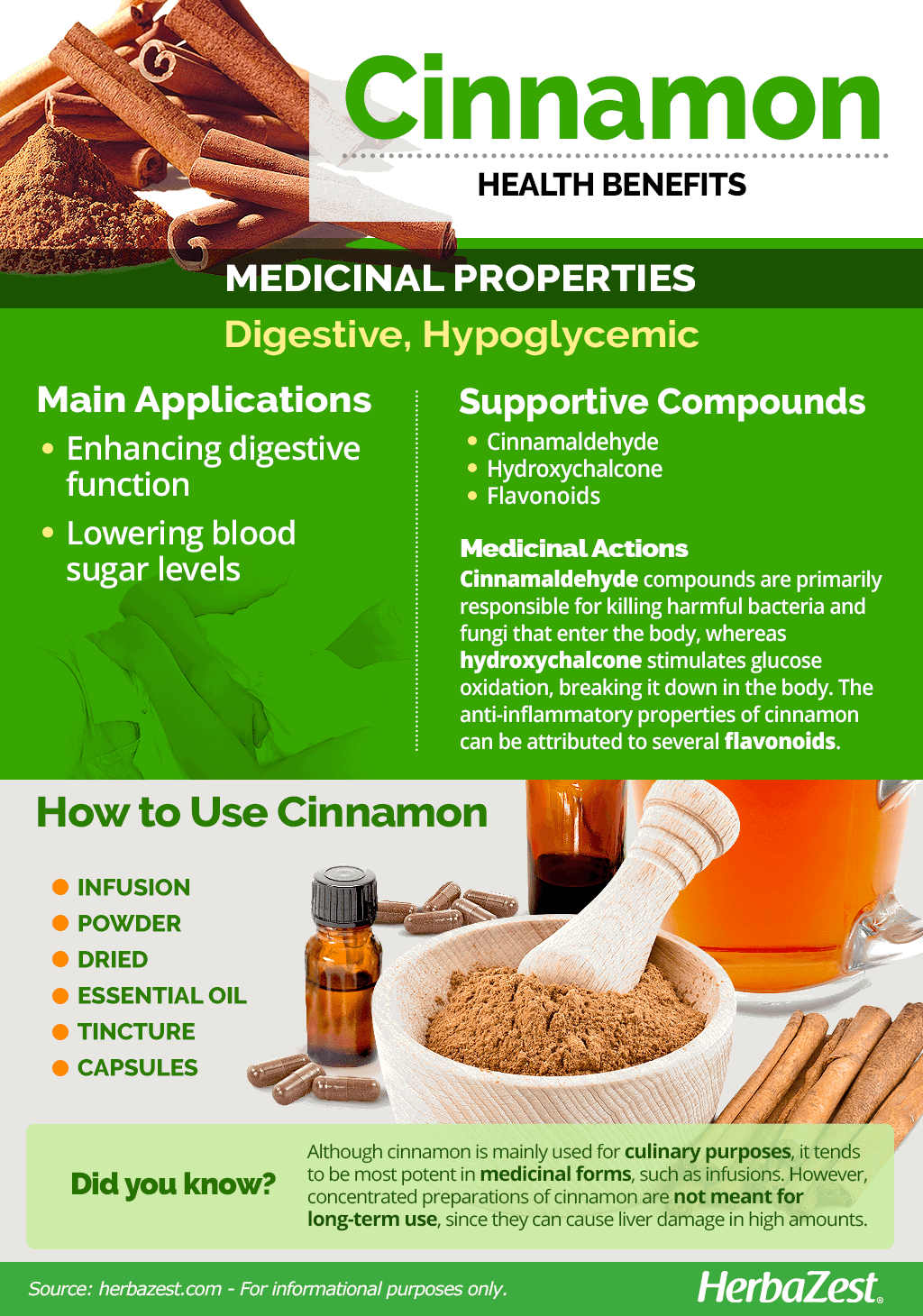