2. Cinnamon may help to reduce the symptoms of rheumatoid arthritis

Research has shown that the antioxidants in cinnamon have anti-inflammatory properties. A meta-analysis of studies found that supplementing with Cinnamon significantly reduced C-reactive protein, a blood protein that increases when there is inflammation.

A significant decrease in inflammation and clinical symptoms were experienced by individuals who received the cinnamon capsules in comparison to those receiving the placebo capsules.2✅ JOURNAL REFERENCE
DOI: 10.1080/07315724.2018.1460733

A study in rheumatoid arthritis rats revealed that inflammation was alleviated by the suppression of pro-inflammatory proteins by cinnamaldehyde, a component found in cinnamon.3✅ JOURNAL REFERENCE
DOI: 10.1016/j.intimp.2020.106570 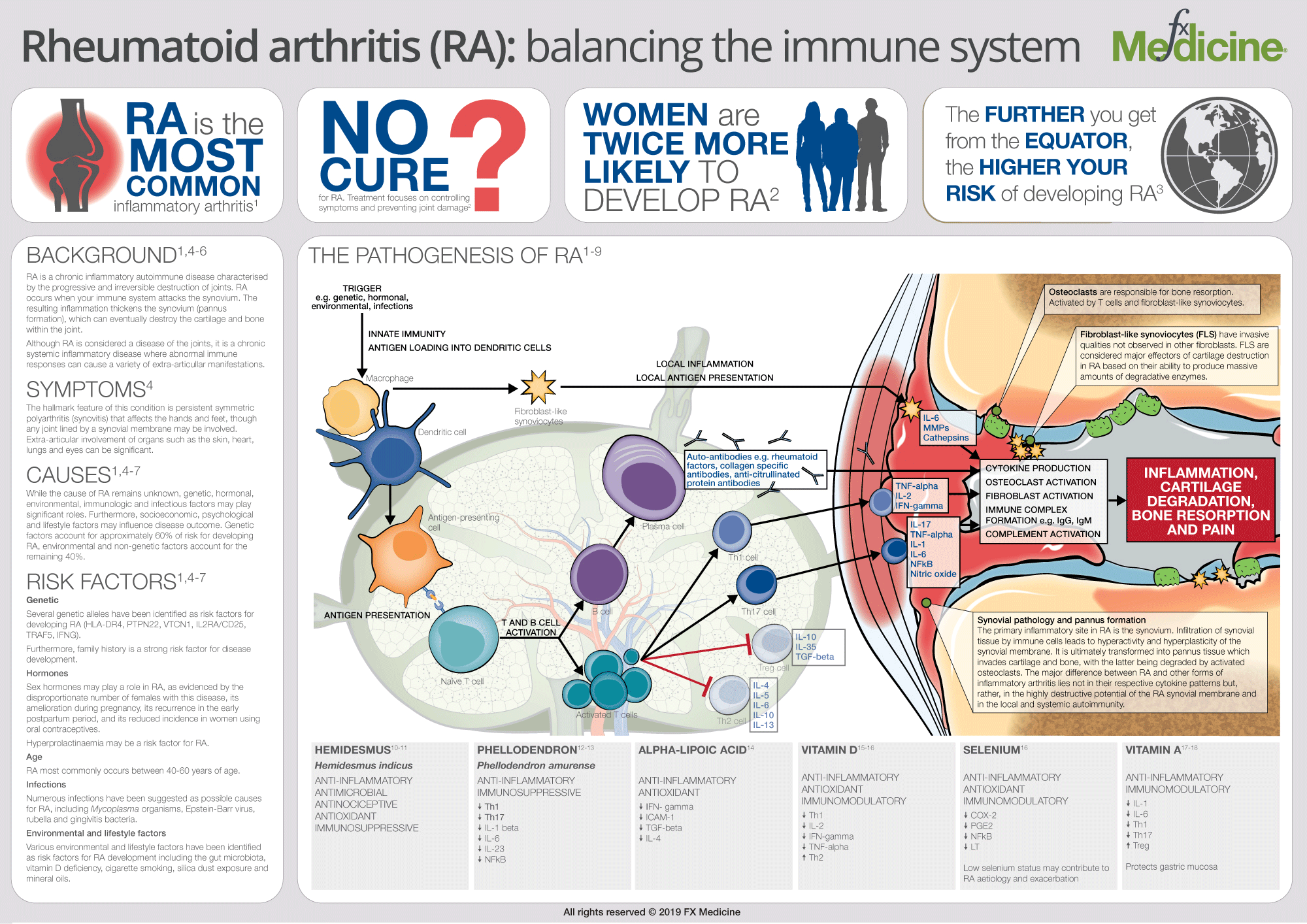