A study has found that men consuming high amounts of ultra-processed foods have a 29% higher risk of colorectal cancer in comparison to men consuming much smaller quantities. The same correlation was not seen in women.1✅ JOURNAL REFERENCE
DOI: 10.1136/bmj-2021-068921

Responses from over 200,000 individuals were analyzed, of which 46,341 were men and 159,907 were women, across 3 large prospective studies which evaluated dietary intake and were carried out over more than 25 years. Each individual was given a food frequency questionnaire every 4 years and asked about the intake frequency of approximately 130 foods.

Ultra-processed food consumption was then categorized into quintiles that ranged in value from the lowest intake to the highest. Individuals in the highest quintile were identified as having the highest colorectal cancer risk. Even though there was a clear association found for men, especially in colorectal cancer cases of the distal colon, an overall increased risk was not found in women consuming higher quantities of ultra-processed foods.

The study found differences in the ways that ultra-processed foods are consumed and the prospective associated risk of cancer. Of the 206,000 individuals followed for over 25 years, 1,294 colorectal cancer cases were recorded in men, and 1,922 cases in women.

Foods such as yogurt could potentially counteract the harmful effects of other kinds of ultra-processed foods for women.

More studies will be needed to determine if there is a true sex difference in the associations, or if null results in women in this study were just a result of chance or some other uncontrolled confounding factors in women that mitigated the association.

Even though ultra-processed foods are often linked to poor quality of diet, there may be other factors that influence colorectal cancer risk.

The potential role of food additives in changing gut microbiota, promoting inflammation, and contaminants formed while processing food or migrating from food packaging may all promote the development of cancer.

Given that the individuals in these studies all worked in the field of healthcare, the results for this population might not apply to the general population, due to the fact the individuals might be more inclined to eat healthier and avoid ultra-processed foods. The data might also be skewed given that processing has changed over the past twenty years. 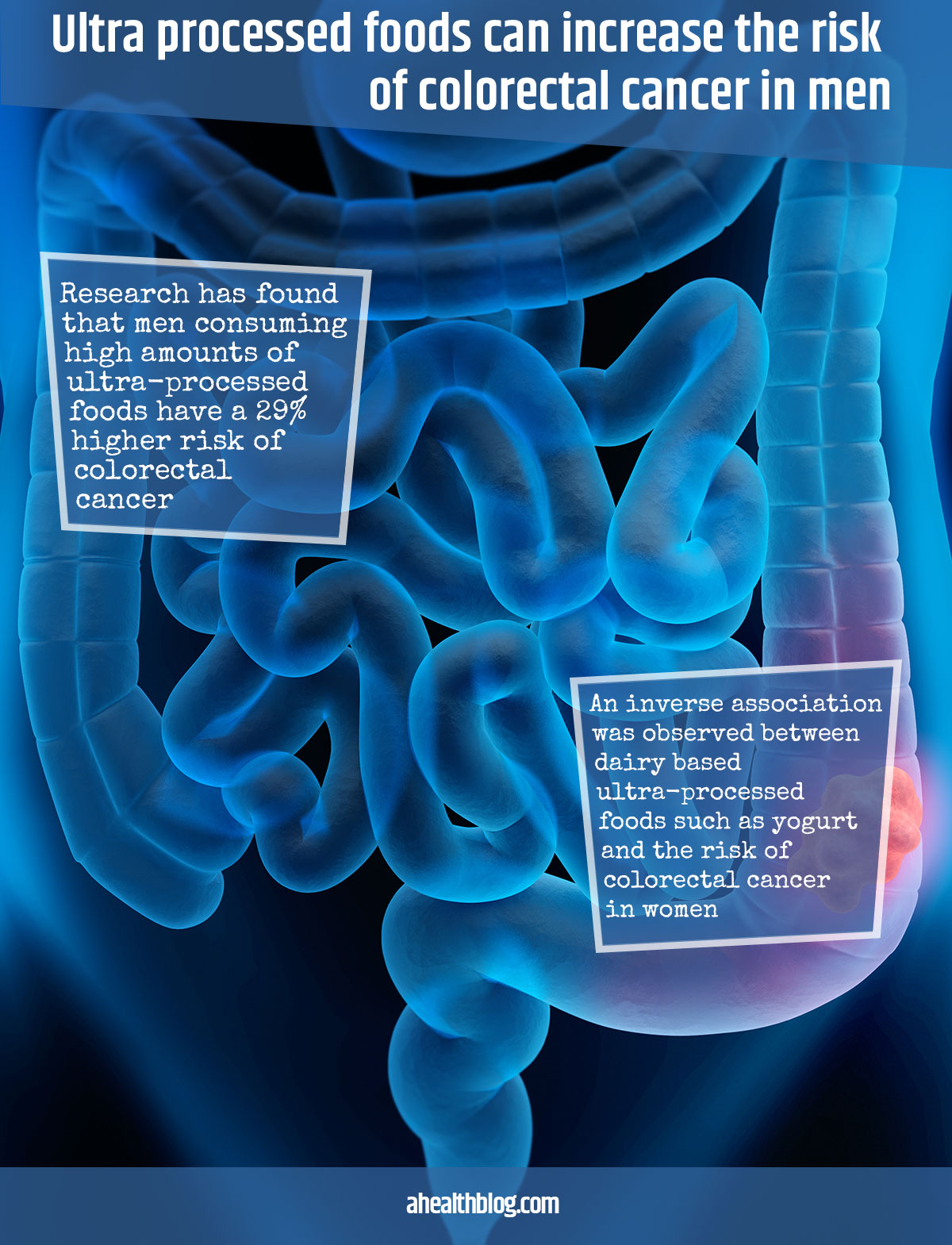