Strokes are life-threatening incidents that result in 10% of deaths worldwide. Dementia is a commonly used term for symptoms associated with brain function decline and is a worldwide health concern with a high social and economic burden. Post-stroke dementia is a health condition when dementia symptoms take place following a stroke.

Researchers analyzed 365,682 individuals who were recruited via the UK Biobank biomedical database between 2006 and 2010 and were followed until 2020. Individuals self-reported their tea and coffee intake at the beginning of the study. For the duration of the study period, 5,079 individuals developed dementia, and 10,053 suffered at least 1 stroke.

The UK Biobank database is reflective of a relatively healthy sample in relation to the overall population which may restrict the ability for these associations to be generalized. Relatively few individuals developed stroke or dementia as well, which could make it difficult to scale rates accurately to larger populations. Also, while tea and coffee consumption may be protective against dementia, stroke, and post-stroke dementia; this causality can't be deduced from the associations.

The study results indicated that moderate tea and coffee consumption separately or in combination was linked to reduced risk of dementia and stroke. 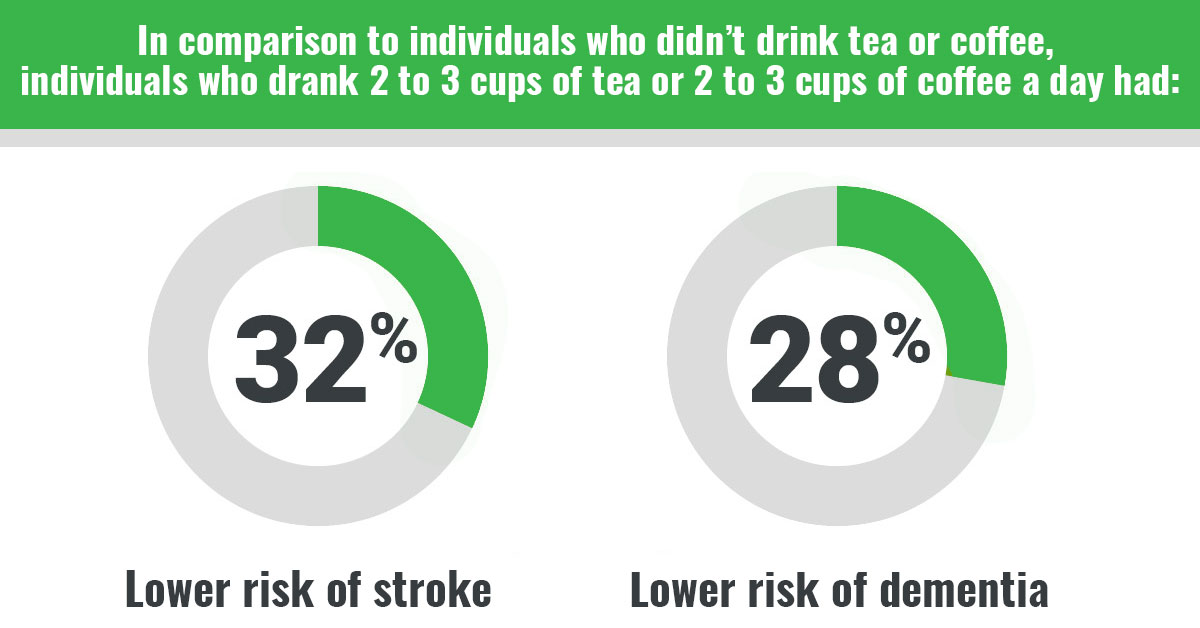