A study of older individuals has determined that both long and short sleepers suffered greater cognitive decline compared to individuals sleeping moderate amounts, even when considering the effects of early Alzheimer's disease.1✅ JOURNAL REFERENCE
DOI: 10.1093/brain/awab272

Alzheimer's disease and poor sleep are both linked to cognitive decline, and to separate the effects of each one is a challenge. The researchers tracked cognitive function in a large group of older individuals over a few years and analyzed it against Alzheimer's-related protein levels and measures of brain activity while sleeping. From this, they generated important data that can help untangle the complex relationship between Alzheimer's, sleep, and cognitive function. The results could help efforts to keep individuals' minds sharp while they age.

It's challenging to figure out how sleep and different Alzheimer's disease stages are connected. This study indicates that there's a ‘sweet spot' for overall sleep time with stable cognitive performance over time. Long and short sleep times were linked to worse cognitive performance, possibly because of poor sleep quality or inadequate sleep.

In older individuals, Alzheimer's is the primary cause of cognitive decline, which contributes to approximately 70% of dementia cases. A common symptom of the disease is poor sleep and a factor that can hasten the progression of the disease. Research has revealed that self-reported long and short sleepers are both more likely to perform badly on cognitive tests, but such studies on sleep usually don't include assessments of Alzheimer's disease.

The researchers recruited volunteers who are clinically and cognitively assessed annually, and who provided a blood sample for testing for the high-risk Alzheimer's APOE4 genetic variant. They also provided cerebrospinal fluid samples for measuring Alzheimer protein levels for this study, and each individual had strapped to their foreheads a tiny electroencephalogram (EEG) monitor for measuring brain activity while sleeping for 4 to 6 nights.

The researchers gathered Alzheimer's and sleep data on 100 individuals who had their cognitive function monitored for an average of four and a half years. Most were without cognitive impairments, 11 had very mild impairment, and one was mildly cognitively impaired. At the time of the sleep study, the average age of the participants was 75.

A U-shaped association between cognitive decline and sleep was identified. Cognitive scores measured by EEG declined overall for the groups that slept under 4.5 or longer than 6.5 hours a night, while scores remained stable for the mid-range individuals. EEG has a tendency to deliver sleep time estimates that are around an hour shorter than sleep time that is self-reported, so the results correspond to 5.5 to 7.5 hours of sleep time that is self-reported.

The U-shaped association remained true for measures of particular sleep phases, which included rapid-eye movement (REM) sleep, and non-REM sleep. What's more, the association persisted even after adjusting for both sleep and cognition affecting factors, such as sex, age, Alzheimer's protein levels, and the APOE4presence.

Each individual's sleep requirements are unique, and individuals waking up feeling rested on long or short sleep schedules shouldn't feel obliged to change their habits. But individuals who aren't sleeping well should be aware that sleep issues often may be treatable. 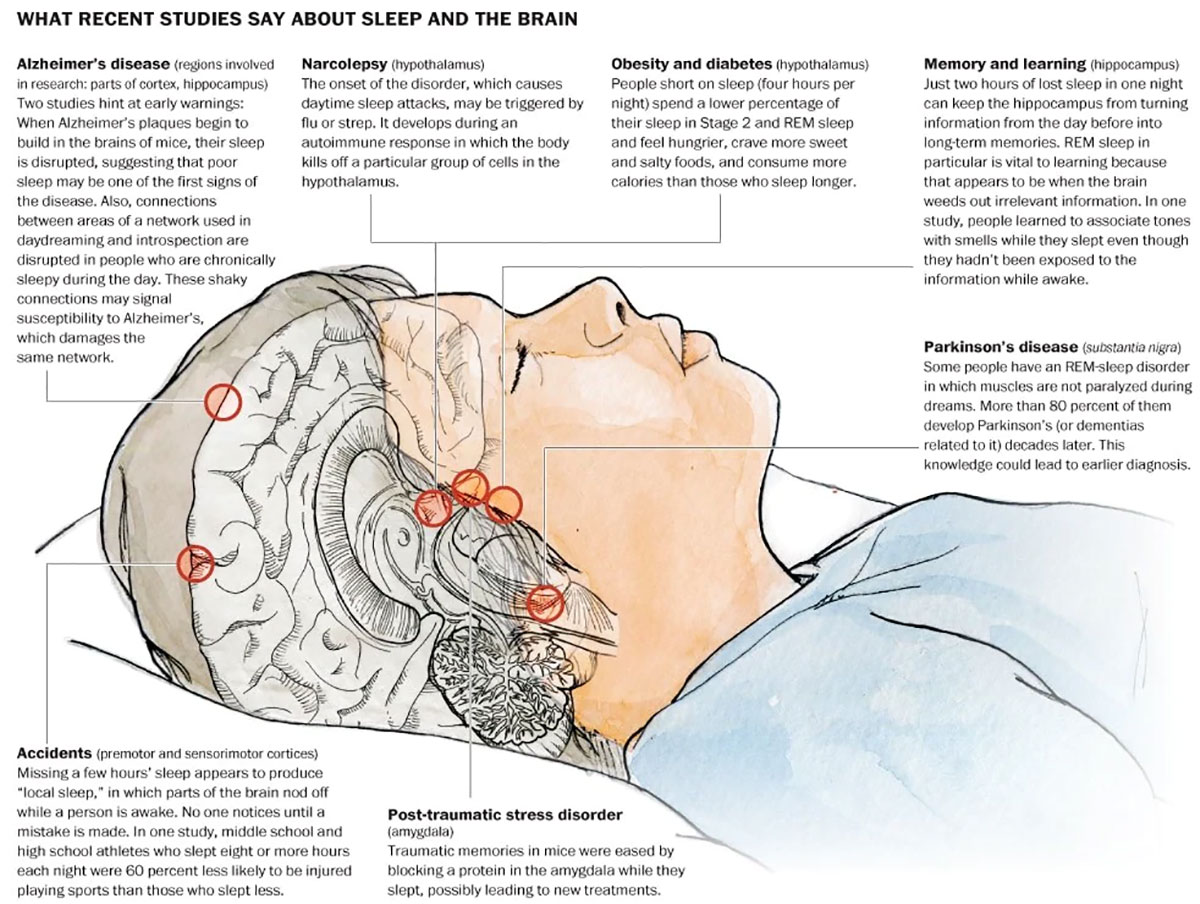