The results strengthen the necessity for a precise medication strategy for the prevention of multiple sclerosis in these susceptible individuals.

Multiple sclerosis is an autoimmune neurological condition affecting the central nervous system that results in severe cognitive and physical disability. It's estimated that approximately 1 million individuals in the US and over 2.8 million globally live with multiple sclerosis.

The researchers wanted to determine how the use of anti-hyperglycemic therapeutics for treating Type 2 diabetes, such as insulin, impacted multiple sclerosis incidence.

As well as age differences, the risk analysis by class of drug revealed that insulin use in individuals over the age of 45 years old was linked to a greater risk in comparison to other treatments.

Anti-hyperglycemic use was protective against multiple sclerosis development in individuals younger than 45.

The data was segmented by age, individuals diagnosed before or after 45 years old with Type 2 diabetes, and sex to decode the factors driving multiple sclerosis risk in both groups, particularly in women older than 45. 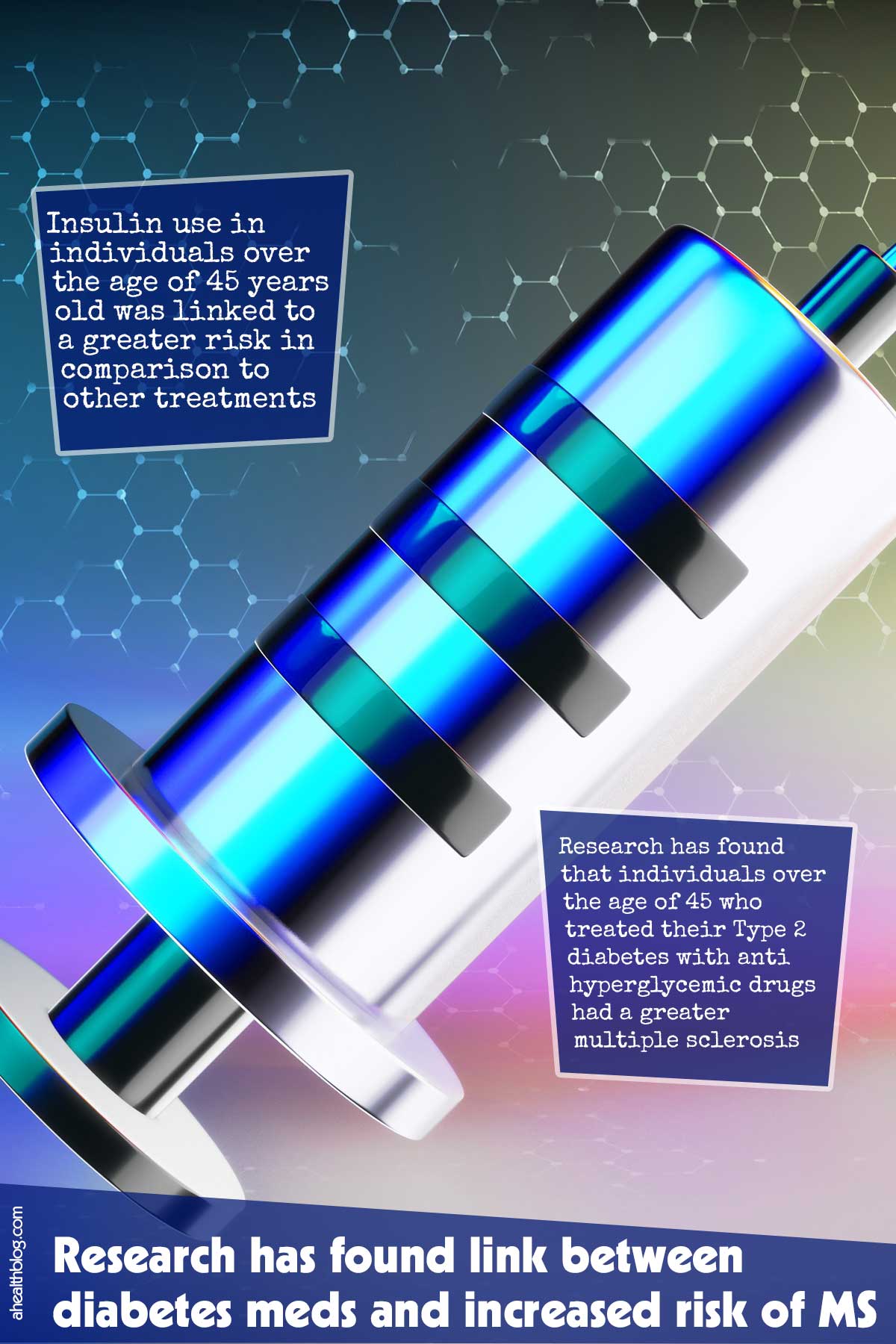 Image by Julien Tromeur from Pixabay