According to a study, individuals who eat fast food are more likely to suffer from nonalcoholic fatty liver disease, which is a serious medical condition that involves fat accumulation in the liver.1✅ JOURNAL REFERENCE DOI: 10.1016/j.cgh.2022.11.040

According to the researchers, individuals with diabetes or obesity who ate more than 20% of their calories in fast food were found to have high levels of fat in their livers, with the general population having moderate levels of liver fat.

Having a healthy liver means only having a small amount of fat under 5%, which can be compromised if there is an increase in fat content. This may eventually result in nonalcoholic fatty liver disease. People with obesity or diabetes have a much higher risk of having an excessive amount of liver fat. This is likely because these conditions increase the chances for fat to accumulate in the liver.

Previous studies have already established the connection between fast food and health issues like diabetes and obesity. This research highlights the serious negative implications of fast food on liver health.

The study suggests that even small amounts of fast food, which is full of saturated fats and carbs, can be detrimental to the liver. Eating fast food regularly can be detrimental to your health, even if you’re only having one fast food meal per day. If that one meal consists of more than 20% of the daily calorie intake, it could be putting the liver at risk of damage and disease.

Nonalcoholic fatty liver disease, sometimes referred to as ‘liver steatosis’, is a health condition affecting more than 30% of the population in the United States. It can result in serious complications like cirrhosis (liver scarring), which can further cause an increased risk of developing liver failure or cancer.

By analyzing an annual nutrition survey, the researchers were able to assess how fast-food consumption affected liver steatosis.

The researchers classified certain types of prepared meals, such as pizza served at quick service restaurants as fast food.

To gain insight into the prevalence of fatty liver disease, the researchers studied the health data of around 4,000 individuals and observed how frequently these individuals consumed fast food.

The survey revealed that 52% of the participants ate some fast food and 29% of them had more than 20% of their daily calorie intake from these foods. Only this 29% had increased liver fat levels.

The study indicated that a diet consisting of 20% of fast food is linked to liver steatosis, regardless of age, sex, ethnicity, race, or other factors. 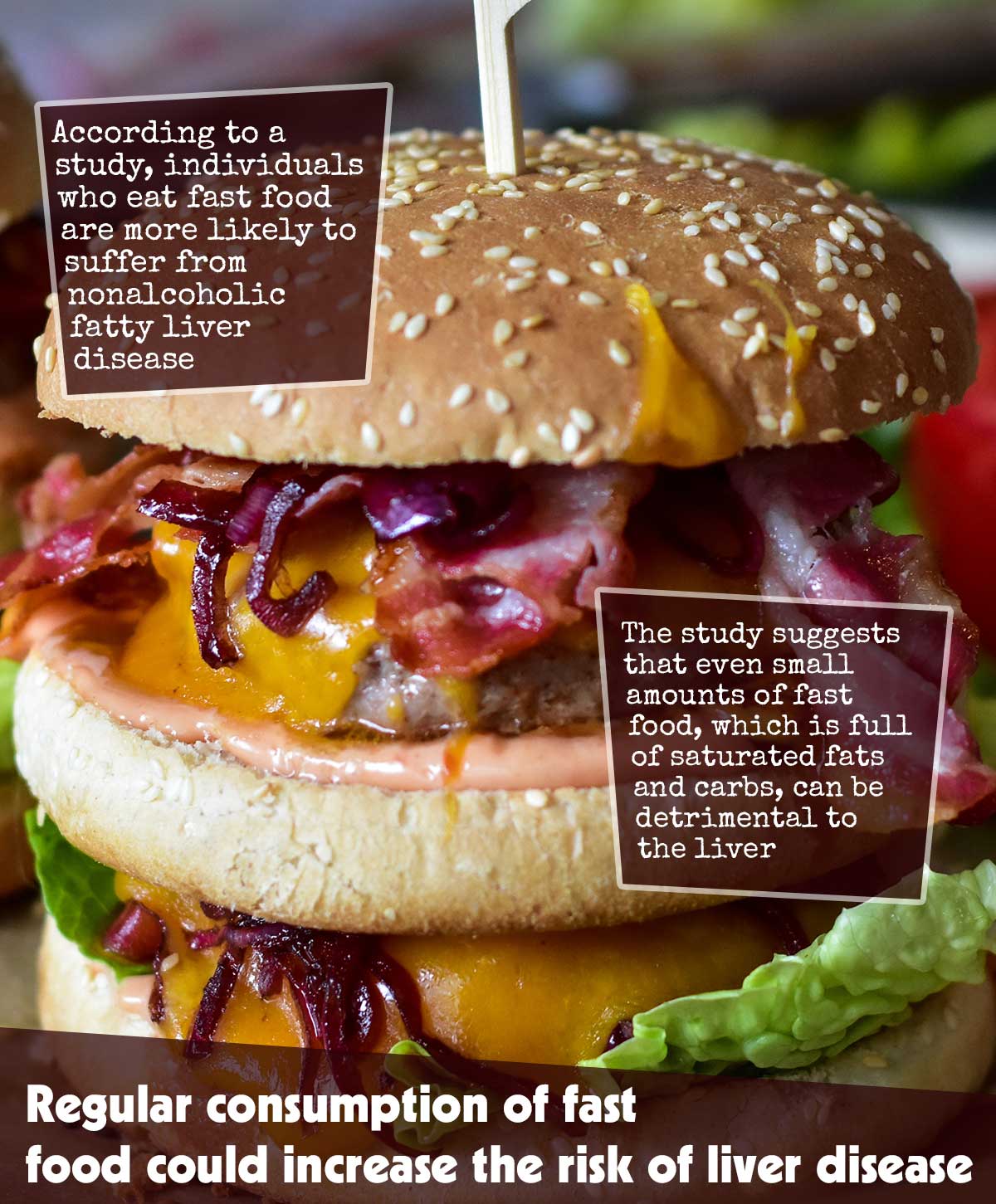