A study has discovered that a fatty acid that’s abundantly found in olive oil helps in keeping the body satisfied longer, thus increasing the time in between meals. When this kind of fat, referred to as oleic acid, gets to the intestine, it's converted into a lipid hormone called oleoylethanolamide that helps in warding off the next bout of hunger pangs.1✅ JOURNAL REFERENCE
DOI: 10.1016/j.cmet.2008.08.005

Prior research had revealed that feeding induces cells in the intestinal lining to make oleoylethanolamide, which reduces meal frequency by engaging receptors known as peroxisome proliferator-activated receptors a (PPARa).

This study demonstrates that fat infused into the small intestine helps in stimulating the release of oleoylethanolamide, as opposed to infusion of carbohydrate or protein, which doesn't. It also shows that dietary oleic acid promotes the production of oleoylethanolamide.

The study results indicate that activation of the release of small-intestinal oleoylethanolamide, enabled by uptake of oleic acid from the diet, acts as a molecular sensor linking fat consumption to satiety, which is best described as the opposite of hunger.

In another study, researchers from Technische Universität München examined 4 different edible oils and fats: olive oil, rapeseed oil, butterfat, and lard. For 3 months, the individuals participating in the study supplemented their daily diets with 500 grams of low-fat yogurt enriched with 1 of the 4 oils or fats.

The olive oil group experienced the strongest satiety effect with a higher serotonin concentration in their blood, serotonin being the satiety hormone. It was also reported by these individuals that the olive oil yogurt was found to be very filling. Throughout the study period, no increase in body fat percentage or weight was recorded by any member of the olive oil group.

The study also focused on the aroma compounds found in olive oil, and in the 2nd part of the study, 1 group consumed yogurt with olive oil aroma extracts, and a control group consumed just plain yogurt. The results concluded that the calorie intake of the olive oil group stayed the same, but the control group had been taking in an additional 176 calories daily. 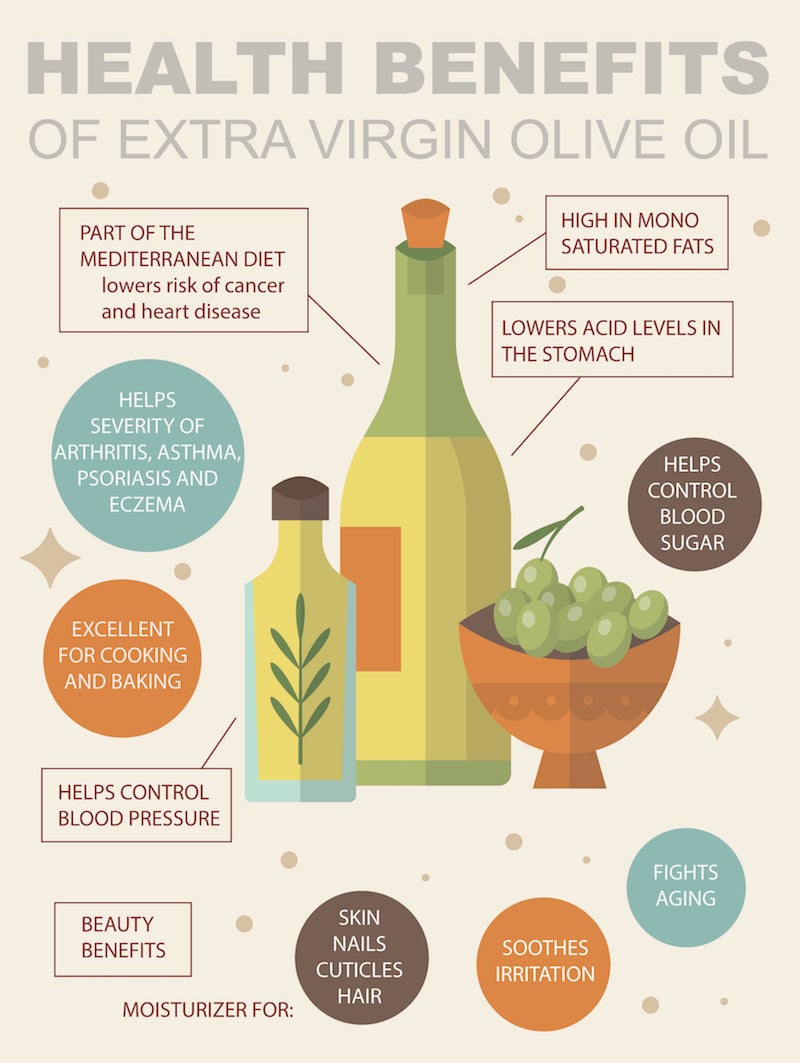