The chili compound capsaicin is generally considered to be an irritant, producing a burning sensation when applied to certain body areas.

Capsaicin may paradoxically also reduce pain and is widely made use of as an analgesic in topical creams and ointments, where its irritant properties overpower nerves, which renders them incapable of reporting pain for extended periods.

Scientists have linked capsaicin’s analgesic effects to a lipid in the cell membranes known as PIP2. Capsaicin functions by stimulating a nerve-ending receptor in the skin, which delivers a message to the brain which generates a pain sensation.

The receptor is like a door to the neurons. The receptor opens when stimulated, allowing calcium outside entry to the cells until shutting down, a process known as desensitization. The capsaicin’s analgesic action is thought to involve this process of desensitization.1✅ JOURNAL REFERENCE
DOI: 10.1371/journal.pbio.1000046

A study has demonstrated that a single dose of a dermal patch containing capsaicin provides a 33% reduction in post-shingle pain scores for 4 weeks, in comparison to a 4% reduction with control treatment.2✅ JOURNAL REFERENCE
DOI: 10.1016/S1474-4422(08)70228-X

Shingles is a condition caused by the varicella-zoster virus, which typically results in a rash and often in severe pain. Many individuals continue to suffer from severe pain even after the disappearance of the rash, which is known as postherpetic neuralgia.

This was a double-blind, randomized controlled study to evaluate the efficacy of capsaicin patches for treating postherpetic neuralgia in which a single treatment was administered to 44 individuals, and then they were monitored for 4 weeks. 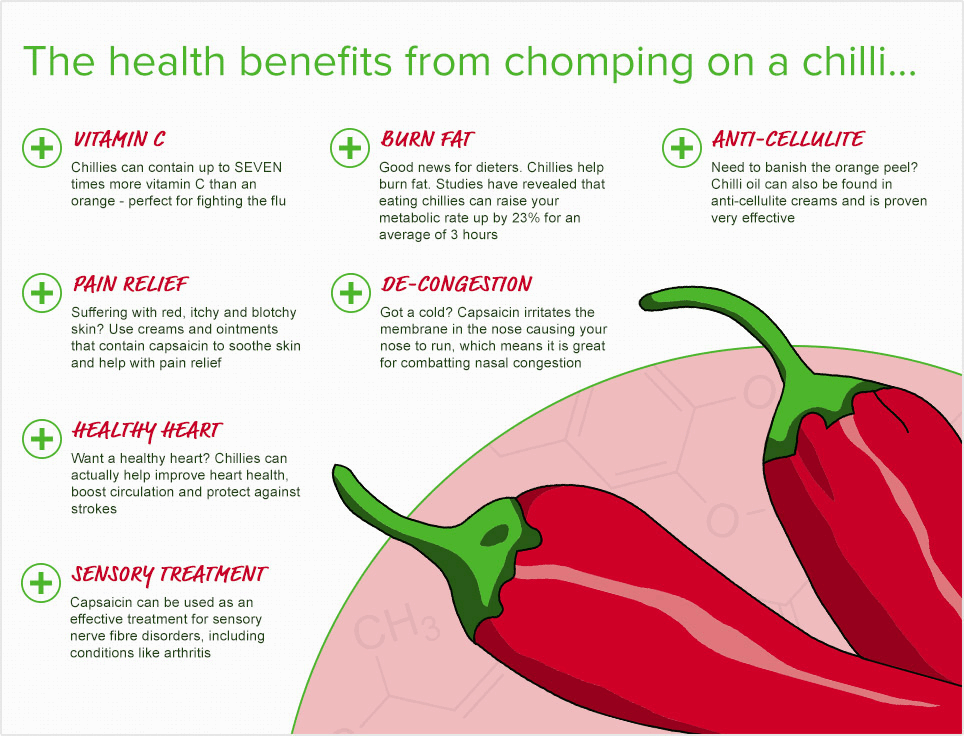