The results of a study suggest that prescribed steroid usage, which includes inhalers, is associated with changes in the volume and structure of the brain's grey and white matter.1✅ JOURNAL REFERENCE
DOI: 10.1136/bmjopen-2022-062446

The connections found could help in explaining the neuropsychiatric effects, which include delirium, mania, depression, and anxiety, often seen following long-term usage.

The immunosuppressive properties of the class of synthetic steroids known as glucocorticoids mean that they are one of the most commonly prescribed medications and are used for treating numerous conditions.

Although effective, both inhaled and systemic steroids are linked to numerous potentially serious musculoskeletal, cardiovascular, and metabolic side effects, in addition to neuropsychiatric effects.

Previous studies have suggested that long-term medical steroid usage is linked to abnormalities in structure and shrinkage of certain brain regions. But the majority of that research has involved only modest numbers of individuals with specific conditions.

It’s also still unclear if these associations may also be found in a broader sample of users of medical steroids, which includes individuals making use of inhaled steroid medications for respiratory conditions like asthma.

Data from the UK Biobank was used for the study to determine if there were any detectable brain structure and volume differences between users and non-users of inhaled and systemic steroids.

The researchers also wanted to find out if steroid usage could be linked to differences in emotional responses and processing speed.

None of the individuals participating in the study had previously had a diagnosis for hormonal, psychiatric, or neurological disorders or were using mood-altering drugs like antidepressants.

A questionnaire was completed to evaluate certain aspects of mood over the preceding fortnight.

MRI scan result comparisons revealed that both inhaled and systemic steroid use was linked to less structure of intact white matter compared to what was observed on the scans of individuals not taking these medications. White matter plays a part in neuronal signaling and connectivity in the brain.

The study found that both inhaled systemic and glucocorticoids are linked to a reduction in the integrity of white matter, which could in part the reason for the neuropsychiatric side effects seen in individuals making use of glucocorticoids. 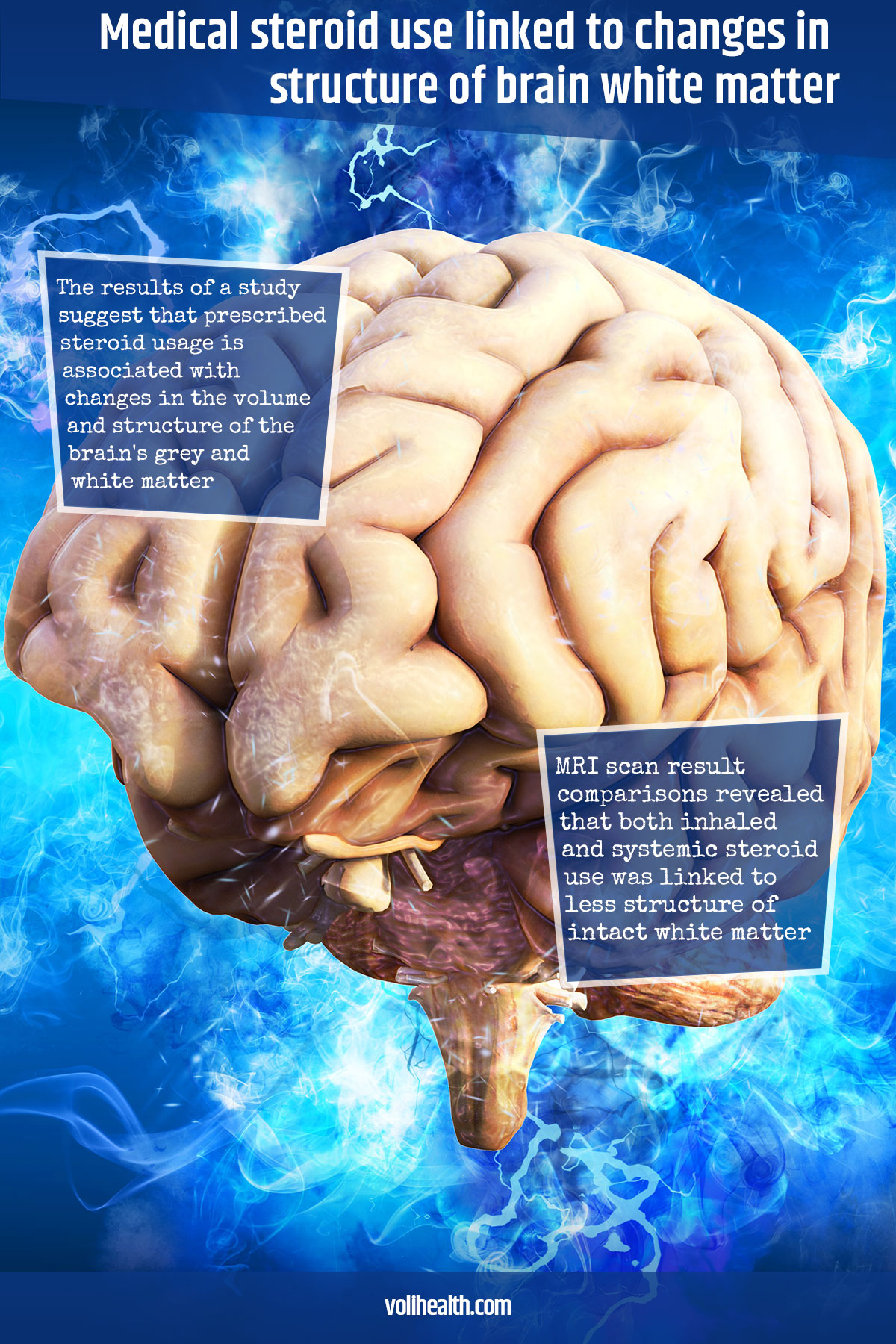