Decaf, or decaffeinated coffee, is not a diuretic. Decaf coffee is just regular coffee with most of the caffeine removed, and the caffeine is the component in coffee that acts as a diuretic. Research has shown that caffeine levels need to be more than 500mg a day to have any significant diuretic effect. A diuretic induces the kidneys to excrete excess salts and water, thus producing more urine, which then results in urinating more frequently.

Decaf coffee isn’t completely free of caffeine; it can contain about 3 mg of caffeine per cup, with one study demonstrating a 6 ounce cup of decaffeinated coffee to contain 0 – 7 mg of caffeine, as opposed to a regular cup of coffee containing 70 – 140 mg of caffeine.

Because the beans are decaffeinated prior to roasting and grinding, the decaf coffee’s nutritional value is similar to regular coffee, although antioxidant levels can be as much as 15% less. The main antioxidant found in coffee is chlorogenic acid.

Some health benefits of decaf coffee:

Coffee consumption has been associated with a reduced risk of type 2 diabetes, with each daily cup potentially reducing the risk up to 7%.

Research has linked decaf coffee to a reduction in levels of liver enzymes, suggesting a protective effect.

Decaf coffee consumption of 2 or more cups daily has been associated with a lower risk of rectal cancer of as much as 48%.

Decaf coffee seems to have a positive effect on age-related cognitive decline, which could be due to the chlorogenic acid found in coffee. 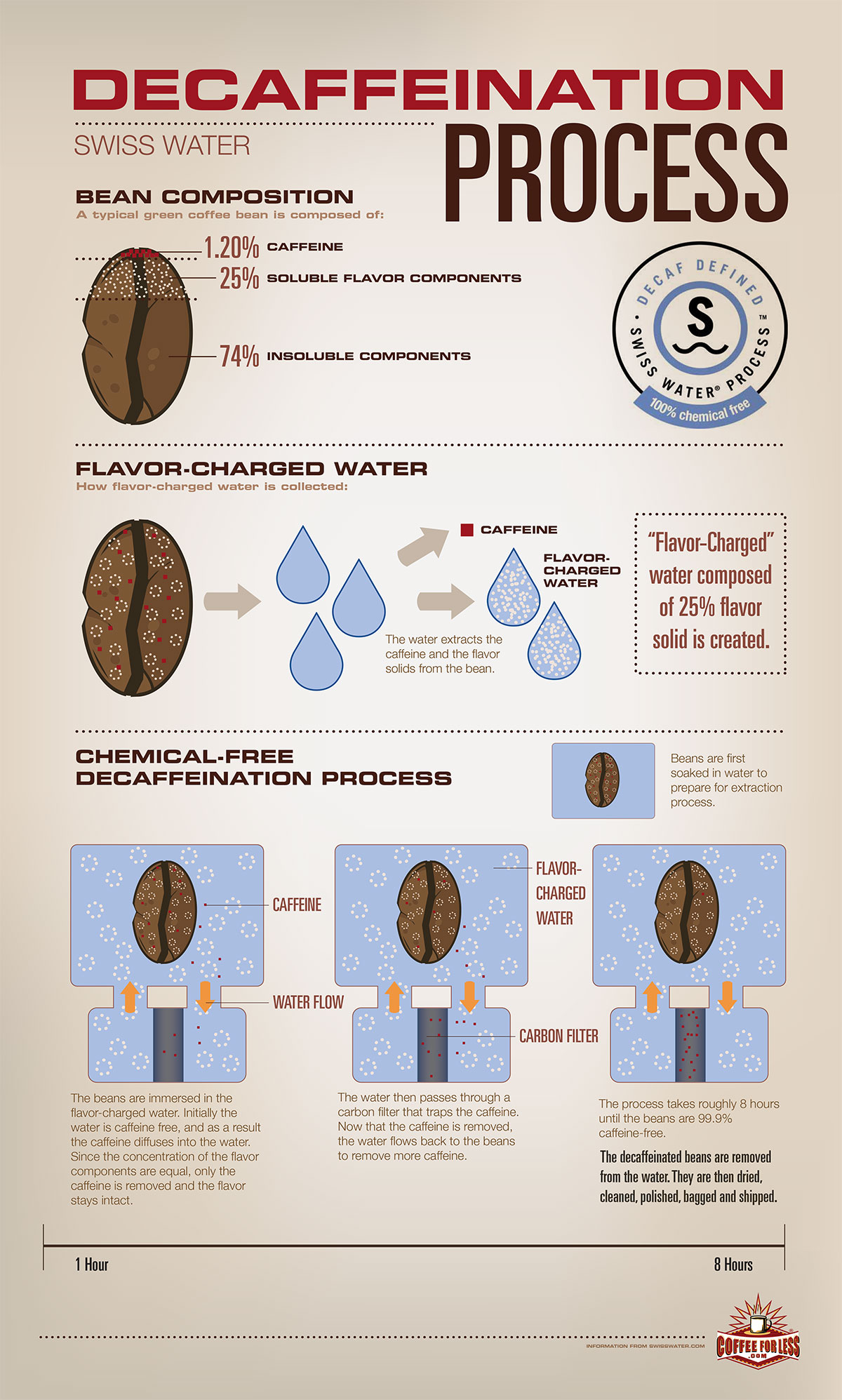