In an in-depth genomic study of how the biological processes that are involved in the development of disease are influenced by meditation, researchers have discovered that 8 days of intense meditation results in powerful immune system activation.1✅ JOURNAL REFERENCE
DOI: 10.1073/pnas.2110455118

Although meditation’s positive effects are well recognized, not that much is known regarding its genetic and molecular effects. Genetic profile samples provided by 106 individuals were examined before and after an “Inner Engineering” retreat, which runs yoga and meditation programs focusing on inner well-being. The retreat is closely regulated with participants staying silent for 8 days, meditating over 10 hours daily, consuming vegan meals, and adhering to a regular sleep schedule.

Samples of blood were taken from individuals participating in the retreat 5 to 8 weeks ahead of time, then just before the retreat started and after it ended, and also 3 months later. The analysis identified various immune-related as well as other cellular pathways that were changed following the meditation retreat. Elevated activity after the retreat was discovered in 220 genes directly associated with the immune response.

This included increased activity in 68 genes linked to interferon signaling, an important aspect of the body’s anti-cancer and anti-virus responses. It was also determined that the immune system enhancement following the retreat is mainly a result of meditation and not gender differences, sleep patterns or diet.

The blood samples provided over 70 million data points from which the researchers discovered that the Inner Engineering practices dramatically activated multiple genes associated with the immune system.

According to the researchers, the gene activity increase in interferon-signaling genes is especially significant. Interferon proteins encourage other immune system parts to defend against viruses and some studies have revealed that there’s an interferon signaling imbalance in individuals who have severe COVID-19   The researchers discovered that meditation essentially makes use of a coordinated core gene network and regulators to positively influence the immune system.

According to the researchers, the results could also be potentially beneficial for numerous immune-related conditions which include multiple sclerosis and COVID-19. While activity in the 68 interferon-related genes is boosted by meditation, individuals suffering from severe COVID-19 have a lack of interferon activity which inhibits the fighting of viruses.

There was a stark difference when interferon gene activity in the individuals participating in the retreat was compared to individuals severely ill with COVID-19. Interferon-response genes were activated by 97% with meditation, in comparison to gene activation of 76% in individuals with mild COVID-19 and 31% in cases of severe COVID-19. The opposite pattern for inflammation-signaling genes was also observed, where substantially high levels of inflammatory genes were seen in severe individuals with COVID-19, in comparison to mildly ill individuals and no change in inflammatory genes following meditation. 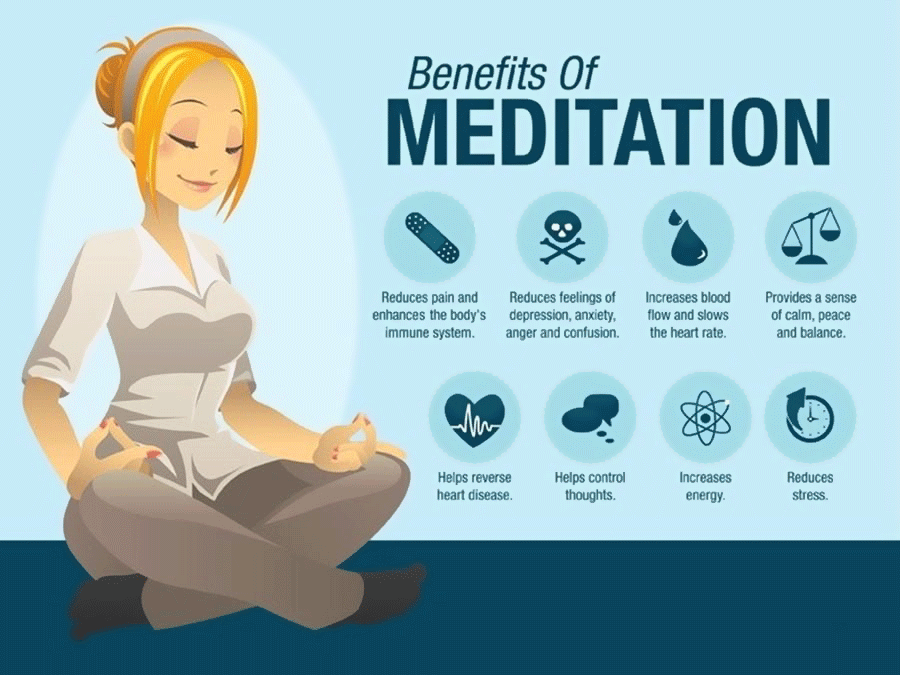