Research has found that consuming healthy plant-based foods, which include vegetables, fruits, legumes, nuts, and coffee is linked to a reduced risk of type 2 diabetes in normally healthy individuals.1✅ JOURNAL REFERENCE
DOI: 10.1007/s00125-022-05692-8

The study focused on identifying the metabolite profiles associated with various plant-based diets and investigating possible links between those profiles and type 2 diabetes risk.

A metabolite is a substance produced or used by a living organism’s chemical processes and includes the multitude of compounds in various foods and also the complex array of molecules created when the body breaks down and transforms those compounds.

The chemical composition of different foods means that a person’s diet should be represented in their metabolite profile. Metabolomics is characterized as the extensive analysis and identification of all the different metabolites found in a biological sample.

The diabetes epidemic is largely a result of an unhealthy diet, being obese or overweight, genetically predisposed, and other lifestyle factors which include insufficient exercise.

Plant-based diets, particularly healthy ones abundant in high-quality foods that include vegetables, fruits, and whole grains, have been linked to a reduced risk of type 2 diabetes but the underlying mechanisms involved aren’t well understood.

The researchers carried out an analysis of dietary intake and blood plasma samples of 10,684 participants who were mostly white, middle-aged with an average age of 54, and with an average BMI of 25.6kg/m2.

The distinction between healthy and unhealthy plant foods was based on their association with type 2 diabetes, certain cancers, cardiovascular disease, and other disorders, such as obesity and hypertension.

They found that in comparison to individuals who didn’t develop type 2 diabetes, those who were diagnosed with the disorder throughout follow-up had a reduced intake of healthy plant-based foods, and also reduced scores for Plant-based Diet Index and healthy Plant-based Diet Index. They also had a higher BMI on average and were more likely to have a family history of diabetes, high cholesterol levels, and hypertension, use cholesterol and blood pressure medications, and be more physically inactive.

After adjustments were made for levels of isoleucine, hippurate, trigonelline, a small set of triacyglycerols, and a number of other intermediate metabolites, the connection between plant-based diets and type 2 diabetes mostly disappeared, indicating that they could play a significant part in associating those diets with incident diabetes. 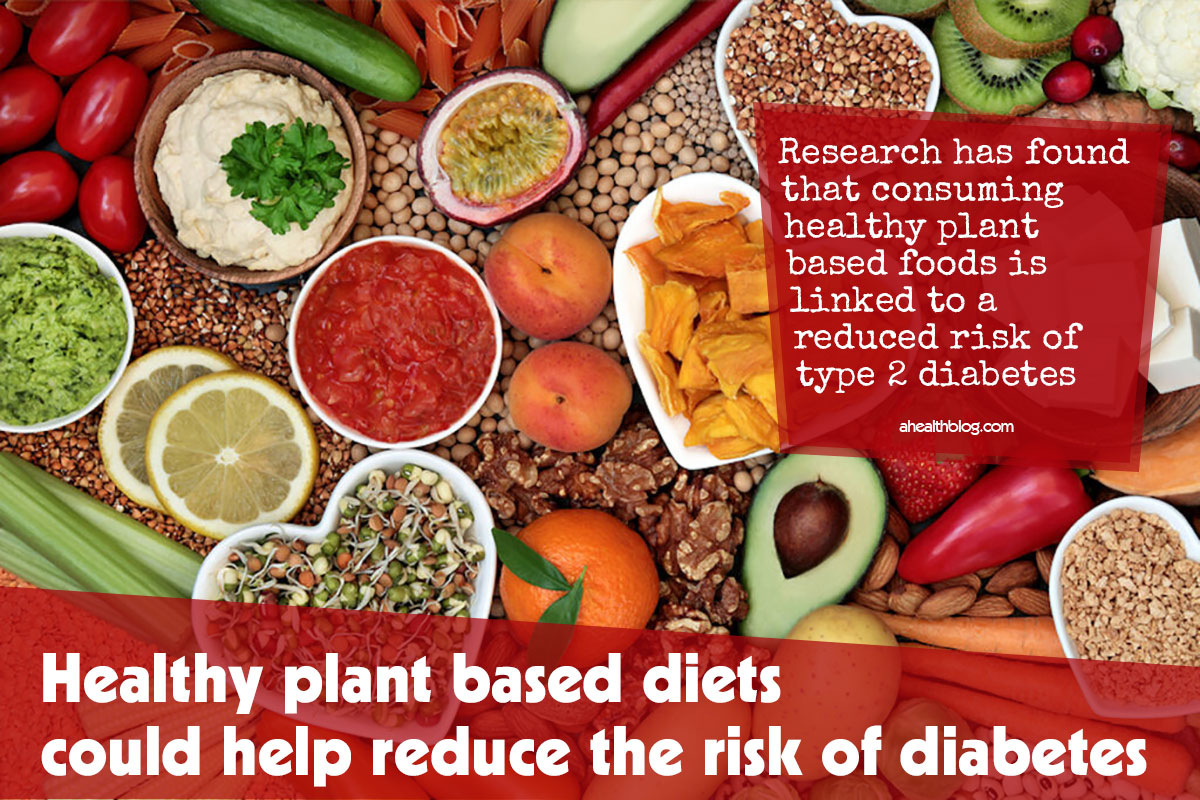