According to a study, having excess body fat, particularly around the midsection, could very well be associated with brain shrinkage. The researchers established obesity status by measuring waist-to-hip ratio and body mass index (BMI) in individuals participating in the study and found individuals having higher ratios of both these measures had the smallest brain volume.1✅ JOURNAL REFERENCE
DOI: 10.1212/WNL.0000000000006879

BMI is a weight-to-height ratio. It’s established by dividing an individual’s weight by the square of their height. Individuals having a BMI of more than 30.0 are regarded as obese. The waist-to-hip ratio is established by dividing the waist circumference by the hip circumference. Individuals who have larger bellies in comparison to their hips have higher ratios. Women with a ratio above 0.85 and men with a ratio above 0.90 are regarded as centrally obese.

Existing studies have linked brain shrinkage to decline in memory and greater dementia risk, but studies on whether excessive body fat is detrimental or protective to brain size have not been conclusive.

The current study examined 9,652 individuals with an average age of 55 of which 19% were established to be obese. Waist-to-hip ratio, BMI, and overall body fat were measured and individuals were surveyed with regards to their health. Magnetic resonance imaging was then made use of for determining brain volumes for gray and white brain matter and volumes in the different brain areas.

Gray matter contains most of the nerve cells of the brain and includes brain areas associated with sensory perception, muscle control, and self-control. White matter consists of bundles of nerve fibers connecting various areas of the brain.

Although the study found that obesity, particularly around the mid-section, was linked to lower volumes of gray matter in the brain, it’s not clear if brain structure abnormalities result in obesity or if obesity causes these brain changes. Links between obesity and shrinkage in certain areas of the brain were also found. 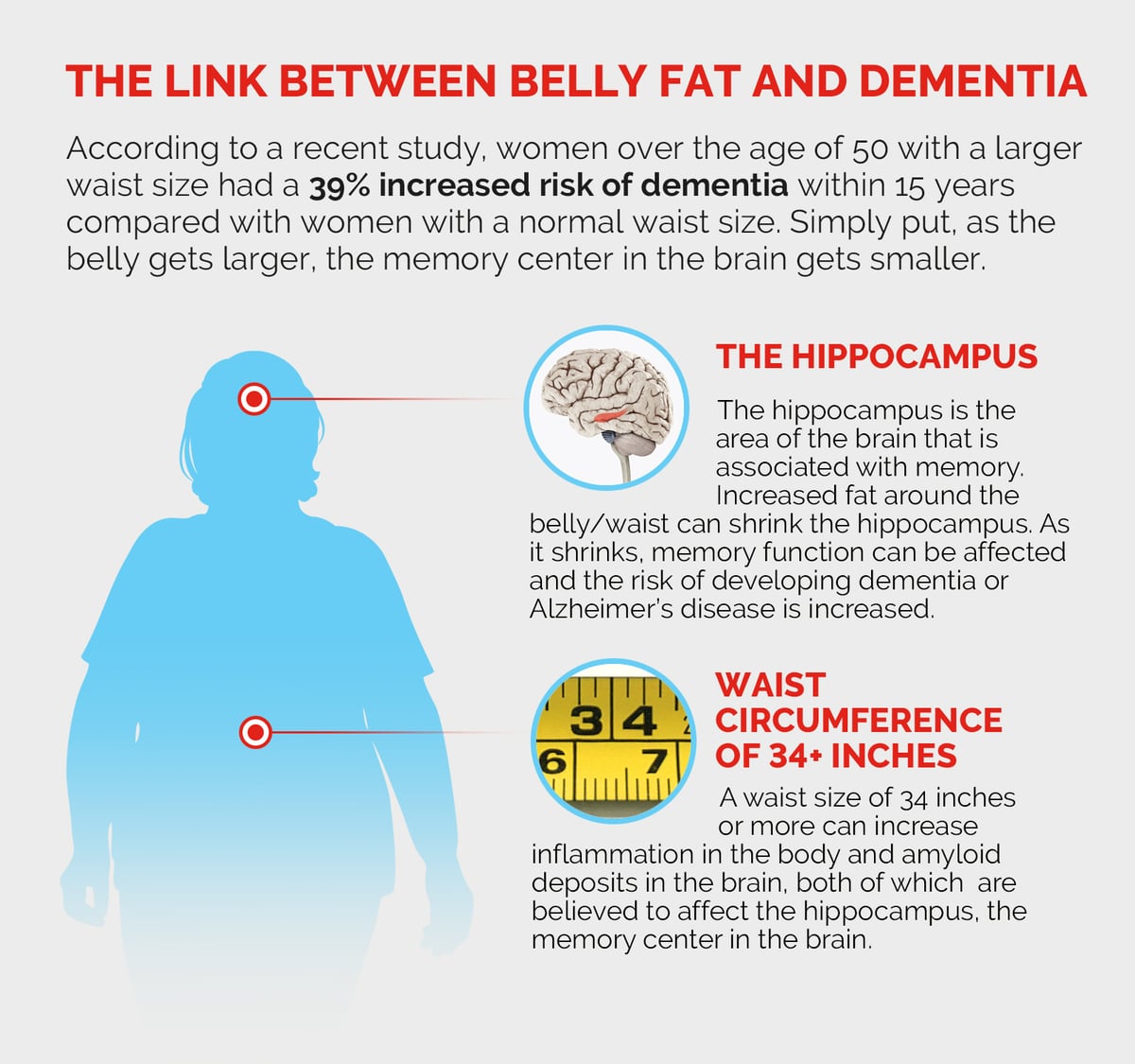