Various cross-sectional studies have already been conducted to examine the relationship between the consumption of energy drinks and mental health issues such as depression, anxiety, and an increase in feelings of stress. There have however been few longitudinal studies to date, which means that it has been difficult to demonstrate or determine causal relationships.1✅ JOURNAL REFERENCE
DOI: 10.1002/da.23090

This current longitudinal study examined data collected from a previously published study of 897 people who had been followed from birth. Questionnaires had been administered at age 20 and again at age 22 concerning the consumption of energy drinks and mood.

It was discovered that changes in consumption of energy drinks were positively linked to increased stress scores, as well as anxiety and depression in young male individuals. Factors taken into account were illicit drug use, parental mental health, parental cigarette use and alcohol consumption, family income, dietary patterns, physical activity, BMI, as well as other factors

For example, a general lack of energy can be the result of any number of internal factors or external influences, and on the one hand, could explain increased symptoms, and on the other hand lead to an increase in consumption of energy drinks to combat the underlying fatigue. The researchers point out that the energy drinks’ ingredients could exacerbate existing symptoms of stress, depression and anxiety. 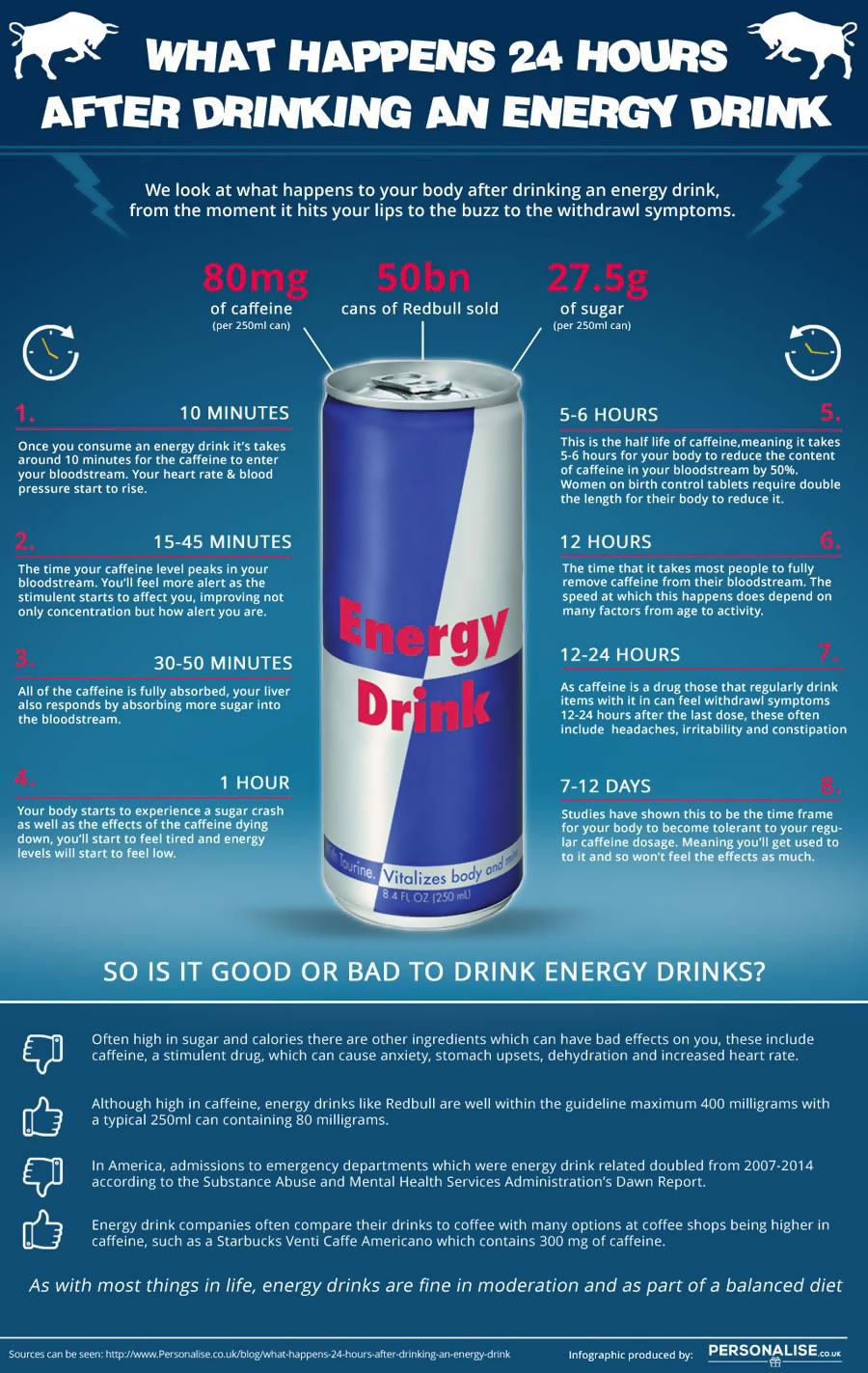