Looking at how almonds could affect appetite, it was discovered that a 30-50 gram snack of almonds can help individuals reduce the amount of kilojoules consumed every day.

The study determined that individuals consuming almonds instead of a carbohydrate snack equivalent in energy had a reduction in energy consumption of 300 kilojoules at the next meal, the majority of which originated from junk food.

Obesity and overweight rates are a significant public health concern and managing appetite through improved hormonal response could be important for promoting weight management.

The study looked at the appetite-regulating hormones, and how nuts, particularly almonds, can play a role in appetite control.

The researchers discovered appetite-regulating hormone changes in those individuals who consumed almonds, and that these might have contributed to a reduction in food consumption of 300 kilojoules.

Pancreatic polypeptide helps slow digestion which could reduce food consumption while glucagon delivers satiety signals to the brain, and both encourage weight loss.

Almonds are high in unsaturated fatty acids, fiber, and protein which could play a role in their satiating properties explaining why fewer kilojoules were consumed.

The results of this study indicate that consuming almonds produce small energy intake changes. Even the smallest changes in lifestyle can have an impact over time. By making small, sustainable changes, it's more likely to be improving overall health in the long term. 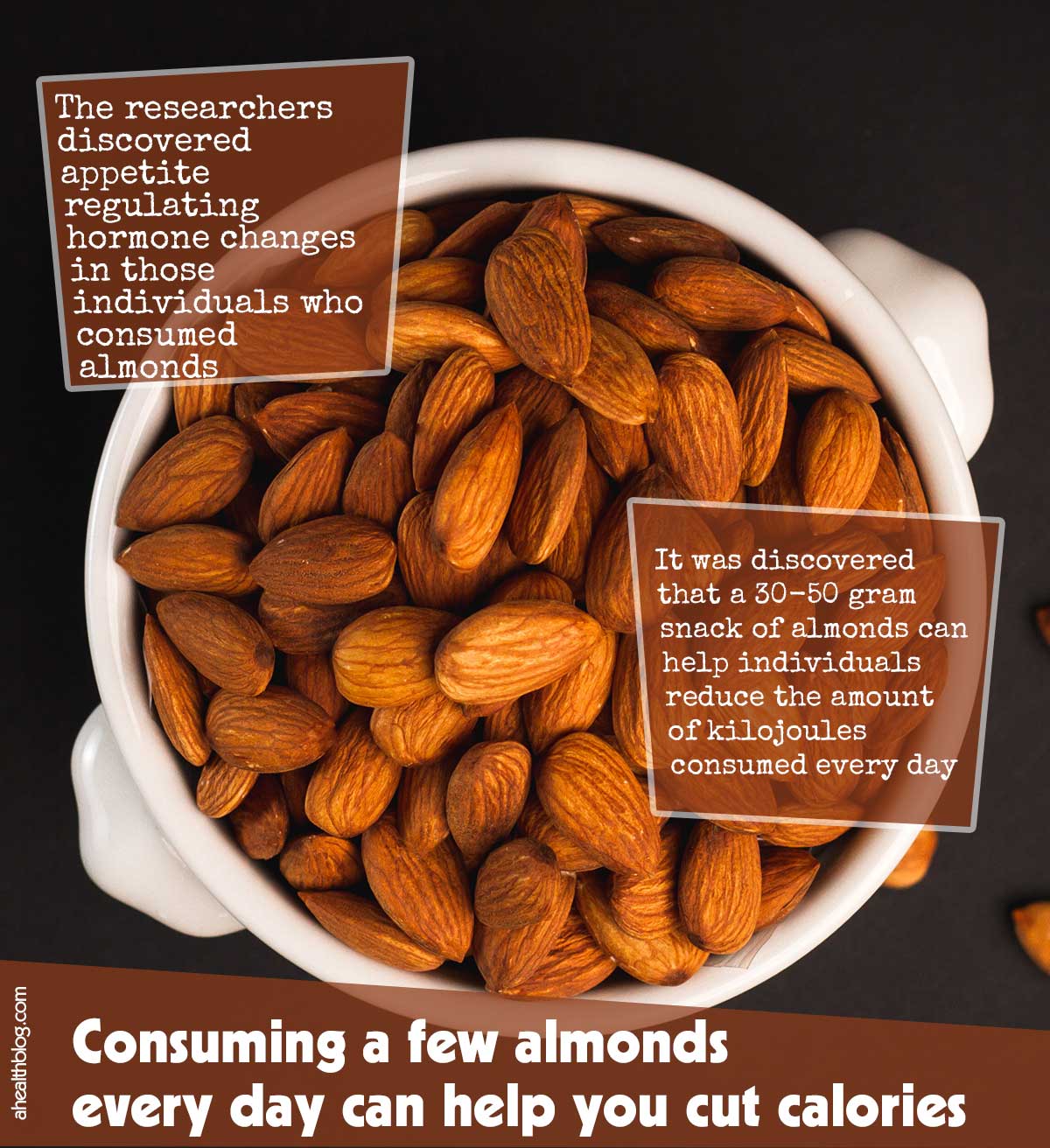 Image by Samitinjay V from Pixabay