A healthy diet plan is one of the most important lifestyle strategies for helping to reduce risk factors for cardiovascular diseases such as cholesterol levels and hypertension and ultimately help to prevent atherosclerotic heart disease, the hardening and narrowing of the arteries as a result of fatty build-up that can cause stroke and heart attack.

In a study, the effects of 3 eating patterns were compared on the risk of a cardiovascular event happening within the next 10 years, the DASH diet, a diet abundant in vegetables and fruit, and the Western diet that's typically low in vegetables and fruit while high in sodium and fat.1✅ JOURNAL REFERENCE DOI: 10.1016/j.amjcard.2022.10.019

The results indicate that although the DASH and vegetable/fruit diet each lowered risk scores by approximately 10% over 8 weeks, the DASH diet provided additional benefits for women and Black individuals in comparison to the Western Diet.

Although patients and health professionals depend on the extensive information available when choosing suitable pharmacologic treatment for preventing atherosclerotic cardiovascular disease, there are limited data to inform expectations for reductions in risk from established lifestyle interventions.

This study indicates that the benefits linked to these diets could differ by race and sex. While a diet abundant in vegetables and fruit produced risk reductions for women and Black individuals, the effect of the DASH diet was double in women and 4 times as much in Black individuals.

To establish how the different diets affected a person's atherosclerotic cardiovascular disease risk, data were acquired from 459 individuals between the ages of 22 and 75 who took part in the original DASH study. The approximately 50% women and 50% Black participants were randomly allocated to 1 of 3 diets for 8 weeks.

The Western diet was high in cholesterol, saturated fat, and total fat. The vegetable and fruit diet provided more fresh produce but didn't otherwise differ significantly from the Western diet. More vegetables and fruits were also provided by the DASH diet, but with more emphasis on low-fat dairy, nuts, lean proteins, and whole grains, while reducing sugar, cholesterol, saturated fat, and fat.

When the data were compared in this study, it was discovered that the DASH diet as well as the vegetable and fruit diet had reduced the 10-year atherosclerotic cardiovascular disease risk by approximately 10% overall. The effect wasn't however consistent across demographics. 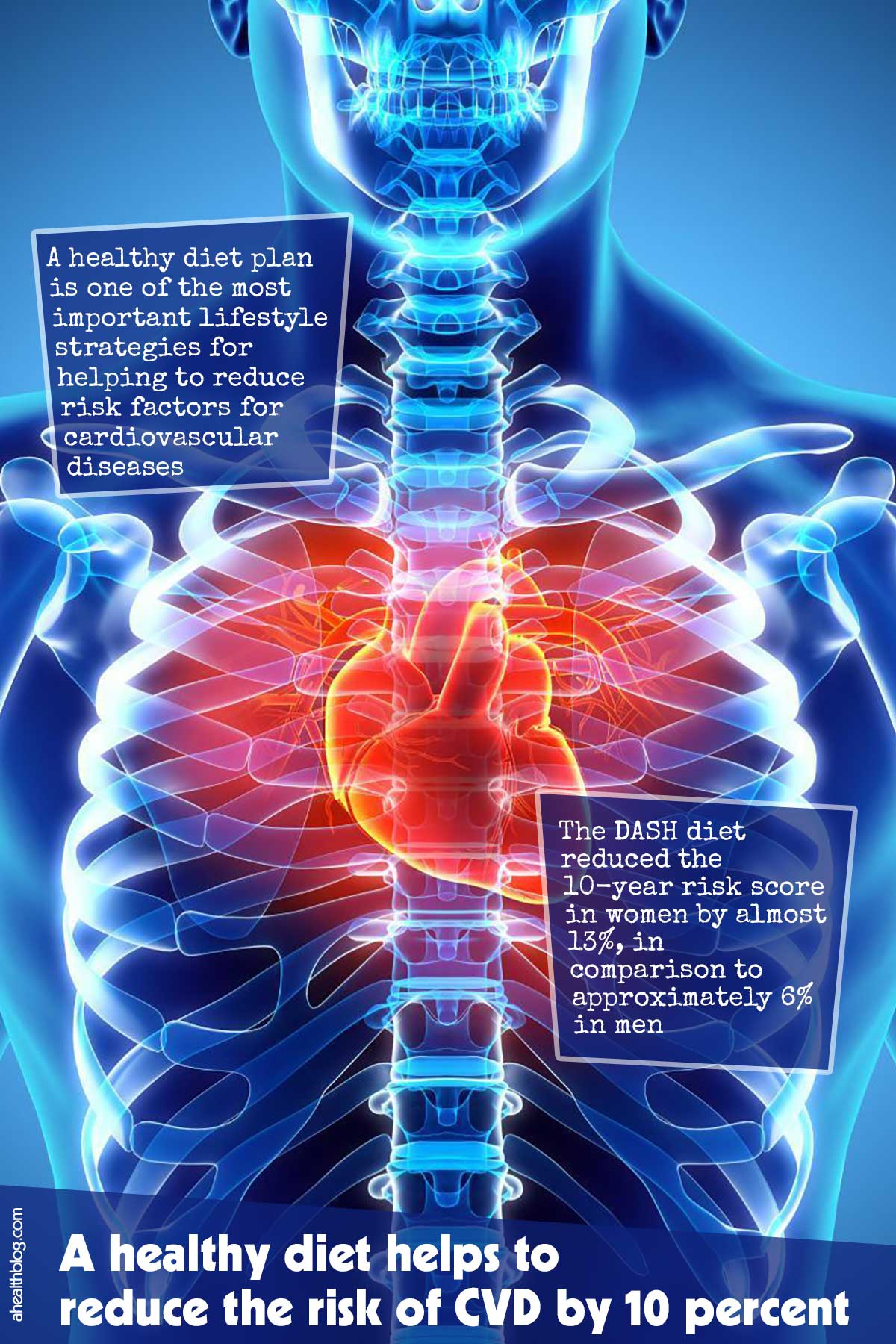