Results from a study suggest that individuals who regularly take vitamin D supplements are less likely to develop melanoma compared to those who do not use such supplements.1✅ JOURNAL REFERENCE DOI: 10.1097/CMR.0000000000000870

Approximately 500 people with an increased risk for skin cancer were involved in the study conducted by dermatologists, and it was established that those who regularly took vitamin D supplements had a much lower chance of developing skin cancer.

Vitamin D is an essential nutrient for the normal functioning of the human body. Other research has suggested that it may also have a protective role in many diseases. Researchers have conducted numerous studies to explore the correlation between vitamin D and skin cancers.

These studies primarily revolved around measuring the serum levels of calcidiol (a metabolite of vitamin D) and its possible links to skin cancers.

Research outcomes on the link between serum calcidiol levels and various skin cancers have been conflicting, with some suggesting a slightly higher risk while others point to a lower risk.

One possible explanation for this phenomenon is the lack of information from serum calcidiol analyses on how vitamin D is metabolized in human skin. Skin cells contain enzymes that can either activate or deactivate vitamin D metabolites.

This study has a unique approach as it included 498 individuals with a higher risk of skin cancer (including basal cell carcinoma, squamous cell carcinoma, and melanoma). Dermatologists assessed their personal data and medical history and proceeded to examine their skin.

Calcidiol levels in the blood were tracked for half of the patients to investigate how well their self-reported vitamin D usage matched up.

The study revealed that regular users of vitamin D had considerably fewer melanoma cases than non-users, and their skin cancer risk classification was better.

Results from the logistic regression analysis indicated that people who regularly used Vitamin D had a significantly reduced risk of melanoma than those who did not use it, with the risk being cut by more than half.

The study shows that people who take vitamin D, even occasionally, tend to have a lesser chance of developing melanoma than those who do not take it.

Vitamin D did not however have any meaningful impact on the severity of skin conditions such as squamous cell carcinoma, basal cell carcinoma, nevus count, actinic keratoses, and photoaging.

Due to its cross-sectional research design, it was difficult for the researchers to establish a cause-and-effect relationship.

Other research has suggested that Vitamin D can play a role in reducing the aggressiveness of melanoma. 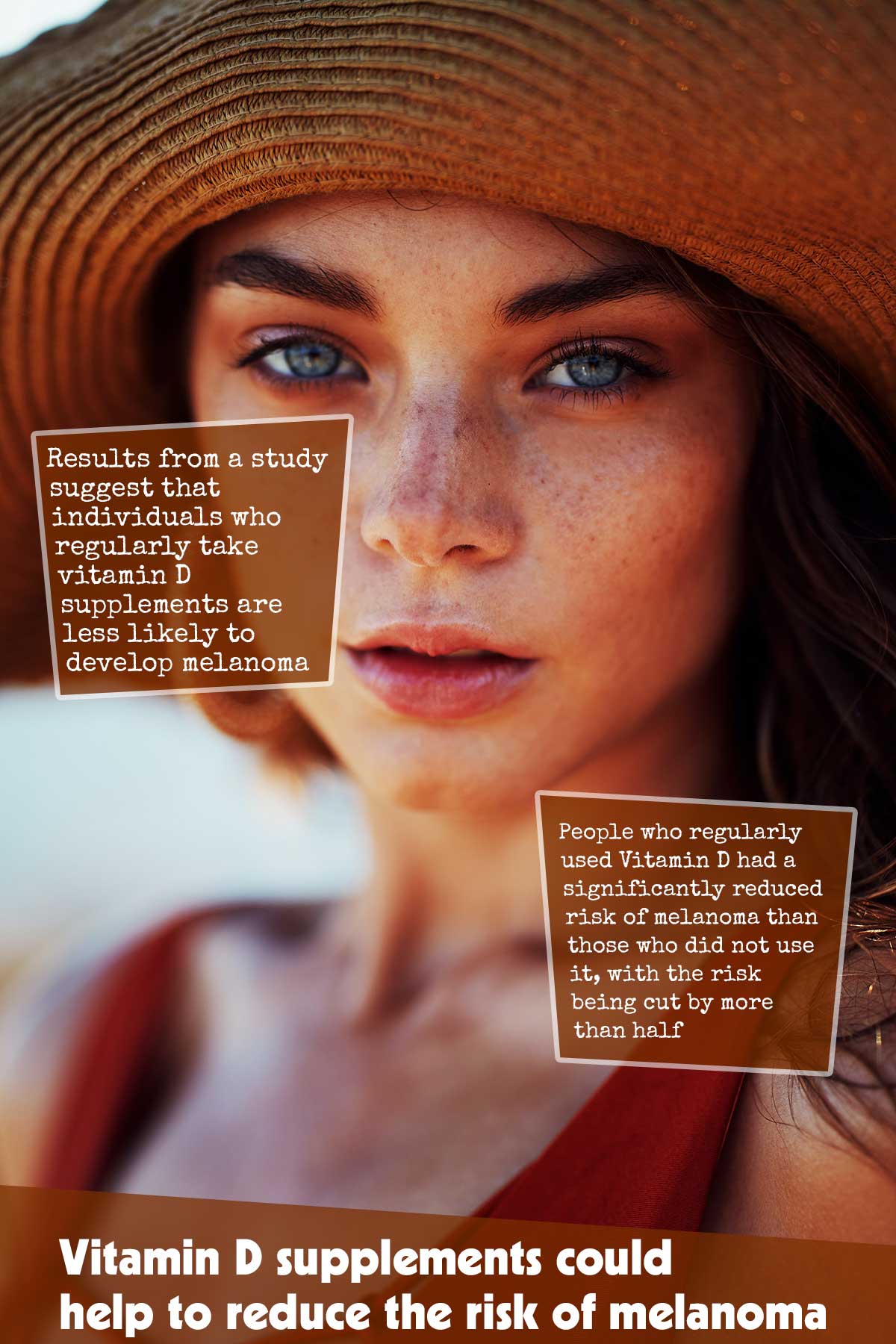 Photo by Ben Scott on Unsplash