Researchers investigating the impact of ground and whole almonds on gut microbe composition have found that the production of a gut health-promoting short-chain fatty acid known as butyrate is significantly increased by consuming a few almonds every day.1✅ JOURNAL REFERENCE
DOI: 10.1093/ajcn/nqac265

The gut microbiome is comprised of thousands of microorganisms that live in the gut which play an important role in nutrient digestion and can have a negative or positive influence on health, which includes the immune and digestive systems.

How the mechanisms of gut microbiomes impact human health is still being looked into, but evidence indicates that consuming specific kinds of food can positively impact the kinds of bacteria in the gut as well as what they do.

Researchers enlisted 87 healthy individuals who were already consuming less dietary fiber than the recommended amount and who snacked on unhealthy snacks such as crisps and chocolate.

It was discovered that butyrate was substantially higher in almond consumers in comparison to the muffin-consuming individuals. Butyrate is a fatty acid that's the primary source of fuel for colon-lining cells.

A perfect condition for gut microbes to thrive is provided when these cells function effectively, which strengthens the gut wall, preventing it from becoming leaky or inflamed, and helps with nutrient absorption.

No significant difference was observed in the time it takes for food to move all the way through the gut known as gut transit time. Whole-almond eaters however had an extra 1.5 bowel movements a week in comparison to the other two groups. These results indicate consuming almonds could also benefit individuals who are constipated.

Testing revealed that consuming ground and whole almonds improved diets, with these 2 groups having higher consumption of fiber, potassium, monosaturated fatty acids, and other important nutrients in comparison to the control group. 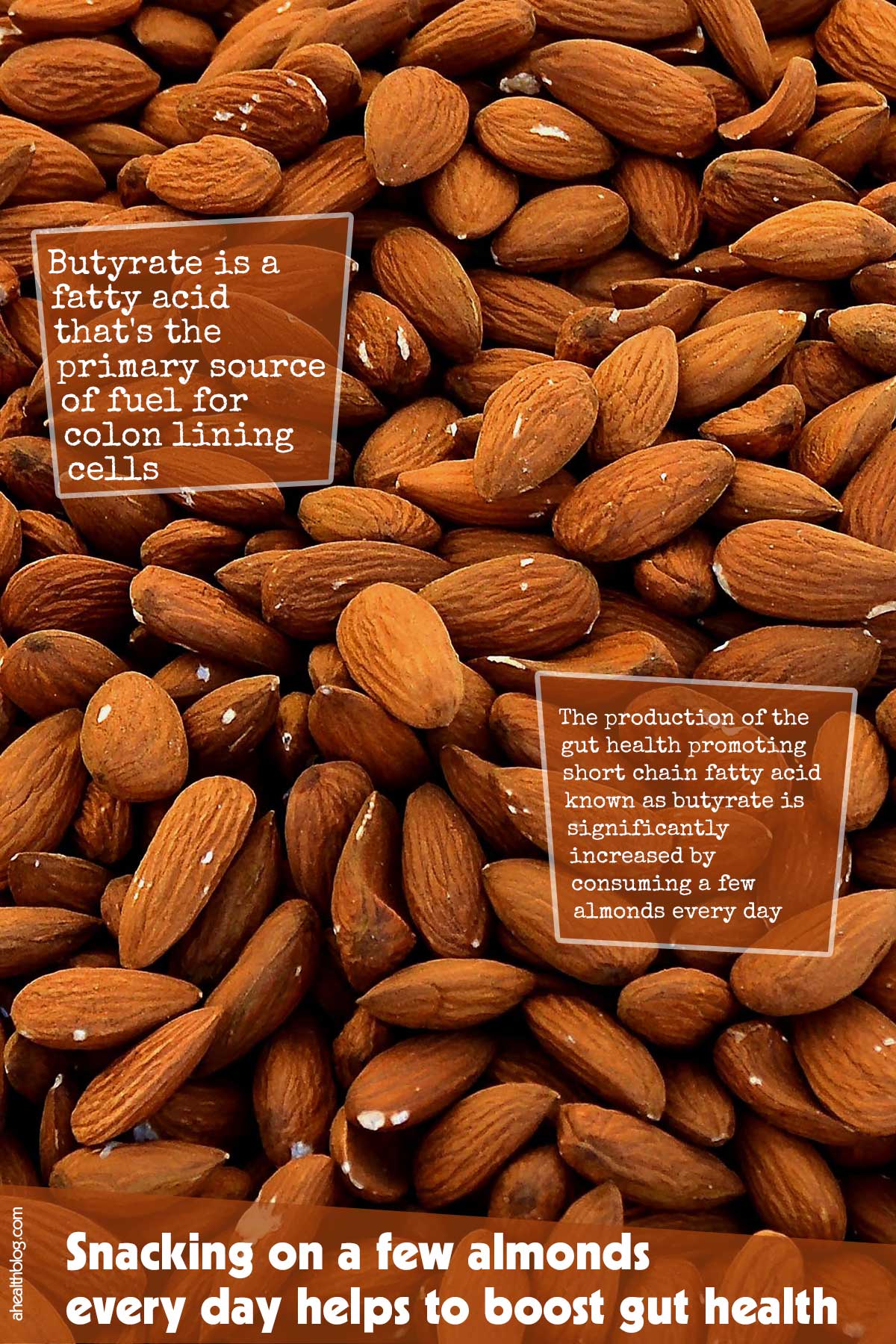 Image by PIRO from Pixabay