Researchers have associated insulin resistance with a greater risk of major depressive disorder. The risk of major depressive disorder for an insulin-resistant individual is double in comparison to that of an individual who is not insulin-resistant, even if depression has never been experienced in the past.1✅ JOURNAL REFERENCE
DOI: 10.1176/appi.ajp.2021.20101479

Major depressive disorder symptoms include loss of appetite, despair, sleep disturbances, unremitting sadness, and sluggishness. Some of the factors that could contribute to this debilitating disorder such as the loss of a loved one or childhood traumas are things that cannot be prevented. Insulin resistance is however preventable through exercise and diet.

Research has confirmed that around 1 in 3 of us has insulin resistance, sometimes without being aware of it. Insulin resistance doesn't happen from a deficiency in the pancreas’ ability in secreting insulin into the bloodstream, but because of the reduced ability of cells in the body to pay attention to the command of this hormone.

The function of insulin is to tell the cells it's time to process the glucose in the blood as a result of consuming it, its production in the liver, or both. All the body’s cells make use of glucose as fuel, and on binding to insulin; the receptors on the surface of every one of those cells signal them to ingest the glucose.

A growing percentage of the global population is however insulin-resistant, for a number of reasons such as not enough exercise, excessive caloric intake, stress and not getting a sufficient amount of sleep, which results in insulin receptors not binding to insulin properly. Sooner or later, blood-sugar levels will become chronically high and when those levels remain above a specific threshold, type 2 diabetes is diagnosed, a condition that can result in cerebrovascular and cardiovascular disorders, kidney disease, neuropathy, limb amputations as well as other harmful health outcomes.

Insulin resistance has already been associated with a number of mental disorders. For instance, it's been found that approximately 40% of individuals with mood disorders are insulin-resistant.

These assessments have however been determined by cross-sectional studies, which don’t resolve the question of causation. Longitudinal studies typically monitor individuals over years and can establish which event came first.

Data was acquired from an ongoing Dutch longitudinal study keeping track of more than 3,000 individuals in meticulous detail to learn about the consequences and causes of depression. Data was analyzed from 601 women and men with an average age of 41 years who acted as control subjects for the Dutch study. They had never suffered from anxiety or depression when they were recruited.

The data was examined to determine if the individuals who were found to be insulin-resistant had a greater 9-year risk of major depressive disorder. All 3 measures confirmed the affirmative: a moderate insulin resistance increase was found to be related to an 89% increase in the rate of major depressive disorder instances. Likewise, every 5-centimeter abdominal fat increase was related to an 11% increase in depression rate, and a fasting plasma glucose increase of 18 mg per deciliter of blood was related to a 37% increase in the rate of depression.

Although the number of individuals was too small for establishing statistical significance for the triglyceride-to-HDL ratio and waist circumference, the fasting glucose results were statistically significant as well as clinically meaningful. Individuals developing prediabetes in the first 2 years had 2.66 times the risk for depression at the 9-year follow-up, in comparison to individuals with normal fasting-glucose levels at the 2-year point. 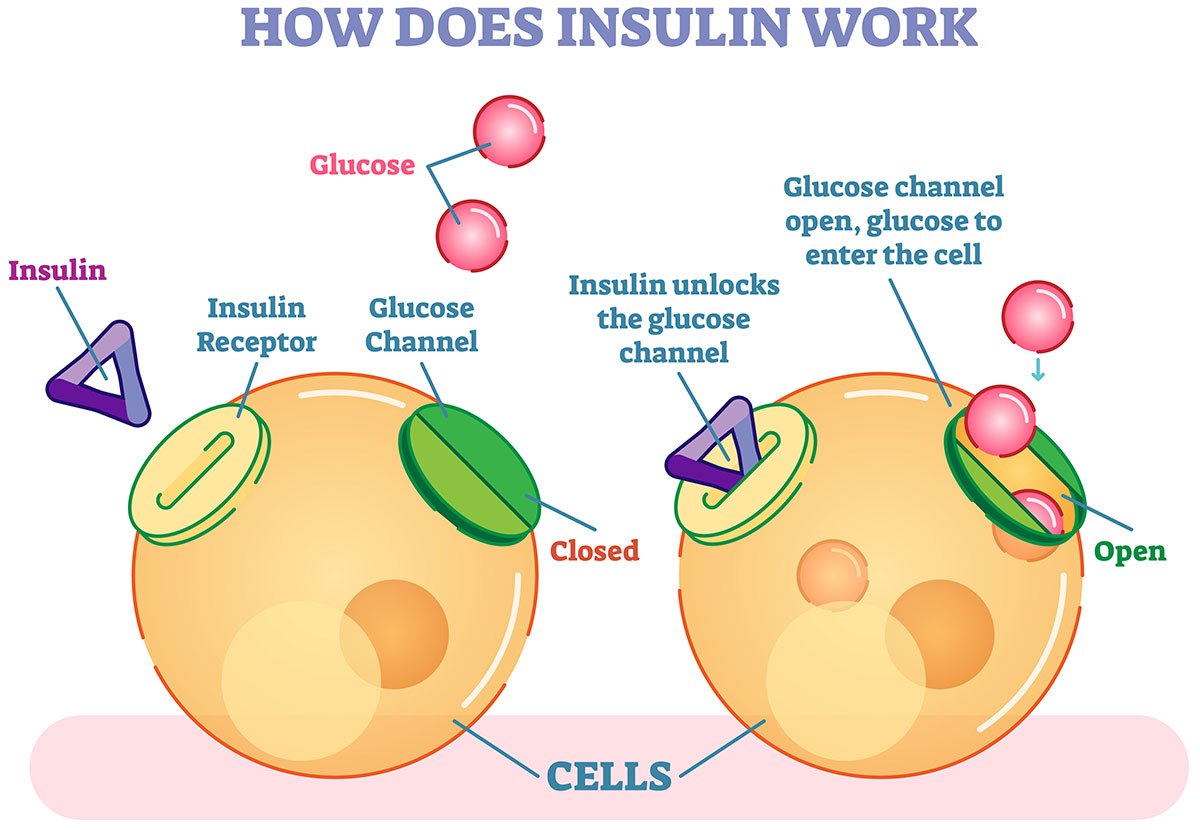