In a study of individuals suffering from early memory decline, the consumption of grapes twice daily for 6 months protected against considerable metabolic decline in brain areas related to Alzheimer’s disease. Low metabolic activity in these brain areas is a characteristic of early-stage Alzheimer's. The results of the study revealed that a diet enriched with grapes helped protect against metabolic activity decline.

Individuals consuming a diet enriched with grapes also showed an increase in metabolism in other brain areas that correlated with improvements in working memory and attention performance, in comparison to individuals on the diet that was not enriched with grapes.1✅ JOURNAL REFERENCE
DOI: 10.1016/jexger.2016.10.004

The study looks at the effect of grapes as a whole fruit as opposed to isolated compounds and the results indicate that regular grape consumption may offer protection against early decline related to Alzheimer's disease.

The results revealed that grape consumption preserved healthy metabolic activity in the brain areas that are impacted in the early stages of Alzheimer's, where metabolic decline starts. Individuals not consuming grapes showed a metabolic decline in these critical areas that was significant. Individuals consuming the diet enriched with grapes also exhibited beneficial brain metabolism changes that correlated to cognition and working memory performance improvements.

Polyphenols in grapes help promote anti-inflammatory and antioxidant activities. Studies indicate that grapes could help support the health of the brain by functioning in a variety of ways, from the reduction of oxidative stress in the brain to the promotion of healthy brain blood flow to maintaining levels of a chemical in the brain that promotes memory to the exertion of anti-inflammatory effects. 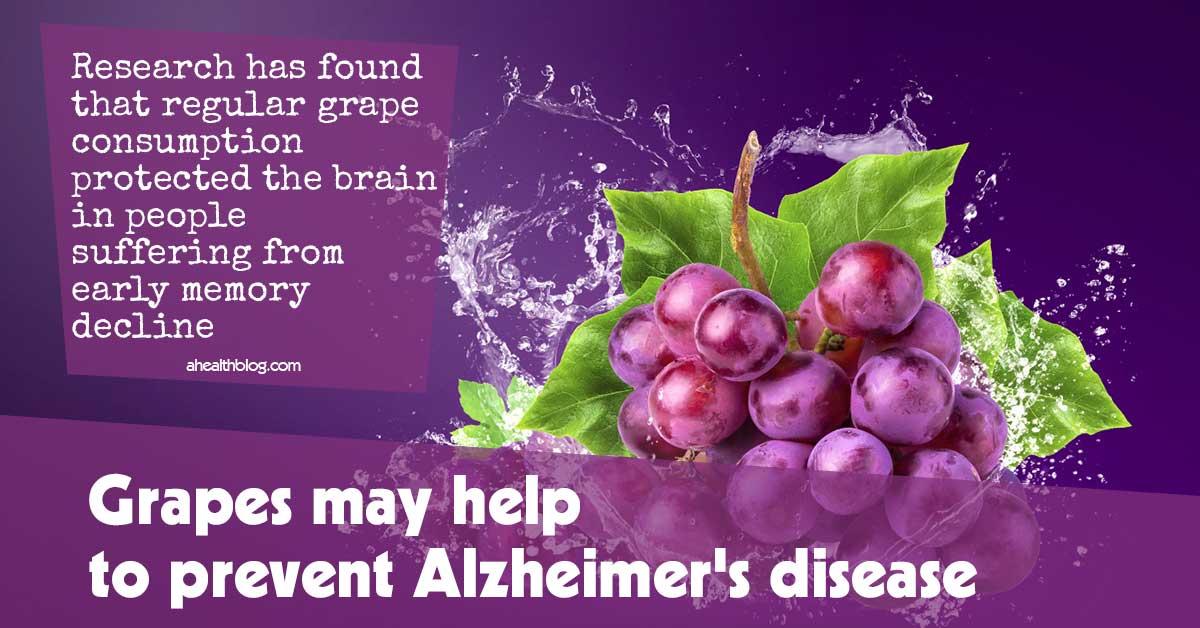