1. Broccoli can help prevent and protect against cancer

Research has identified that a chemical produced when green vegetables such as broccoli are digested can suppress prostate cancer cell growth.1✅ JOURNAL REFERENCE
DOI: 10.1074/jbc.M300588200

The results demonstrate that 3,3′-diindolylmethane, which is produced when cruciferous vegetables are consumed, acts as a powerful anti-androgen that suppresses prostate cancer proliferation cells in culture tests.

Vegetables which include cauliflower, kale, Brussels sprouts, and broccoli are excellent sources of indole-3-carbinol, which is converted into diindolylmethane when digested by the body.

Androgen is important for the normal function and development of the prostate, but this hormone also plays a significant part in prostate cancer’s early stages, which is normally treated with anti-androgen medications.

In the majority of prostate cancer cases, the cancer cells become androgen resistant and grow independently of the hormone in the disease’s later stages.

The researchers carried out several tests that compared the effects of diindolylmethane on androgen-dependent prostate cancer cells and also on their androgen-independent counterparts.

They discovered that androgen-dependent cancer cells treated with a diindolylmethane solution grew 70% less compared to the same kind of cancer cells that were left untreated. There was no effect on androgen-independent cell growth with the same solution, indicating that androgen inhibition is the main mechanism by which the diindolylmethane is acting.

A study has found that broccoli consumption could provide protection against liver cancer, and also help in preventing nonalcoholic fatty liver disease which can contribute to liver malfunction and result in a type of liver cancer that has a high mortality rate known as hepatocellular carcinoma.2✅ JOURNAL REFERENCE
DOI: 10.3945/jn.115.228148

Prior studies have suggested that broccoli could slow down fat accumulation in the liver and protect against nonalcoholic fatty liver disease in mice. The researchers wanted to determine how mice with a carcinogen that causes liver cancer were affected when consuming broccoli. Four groups of mice were studied; some of them were on the Westernized diet or a control diet, and some received or didn’t receive broccoli.

Even though the researchers were mostly interested in how broccoli affected the formation and progression of the liver’s cancerous tumors, they also wanted to look at the liver’s health and how it was metabolizing lipids due to the high-fat diet.

The results revealed that there was an increase in both the size and the number of cancer nodules in the liver in the Westernized diet mice, but the number of nodules reduced when broccoli was included in the diet.

Lipid globules form on the liver in nonalcoholic fatty liver disease. These globules were found in the livers of the Westernized diet mice.

Although fatty liver was increased with the Westernized diet, broccoli provided protection against it. 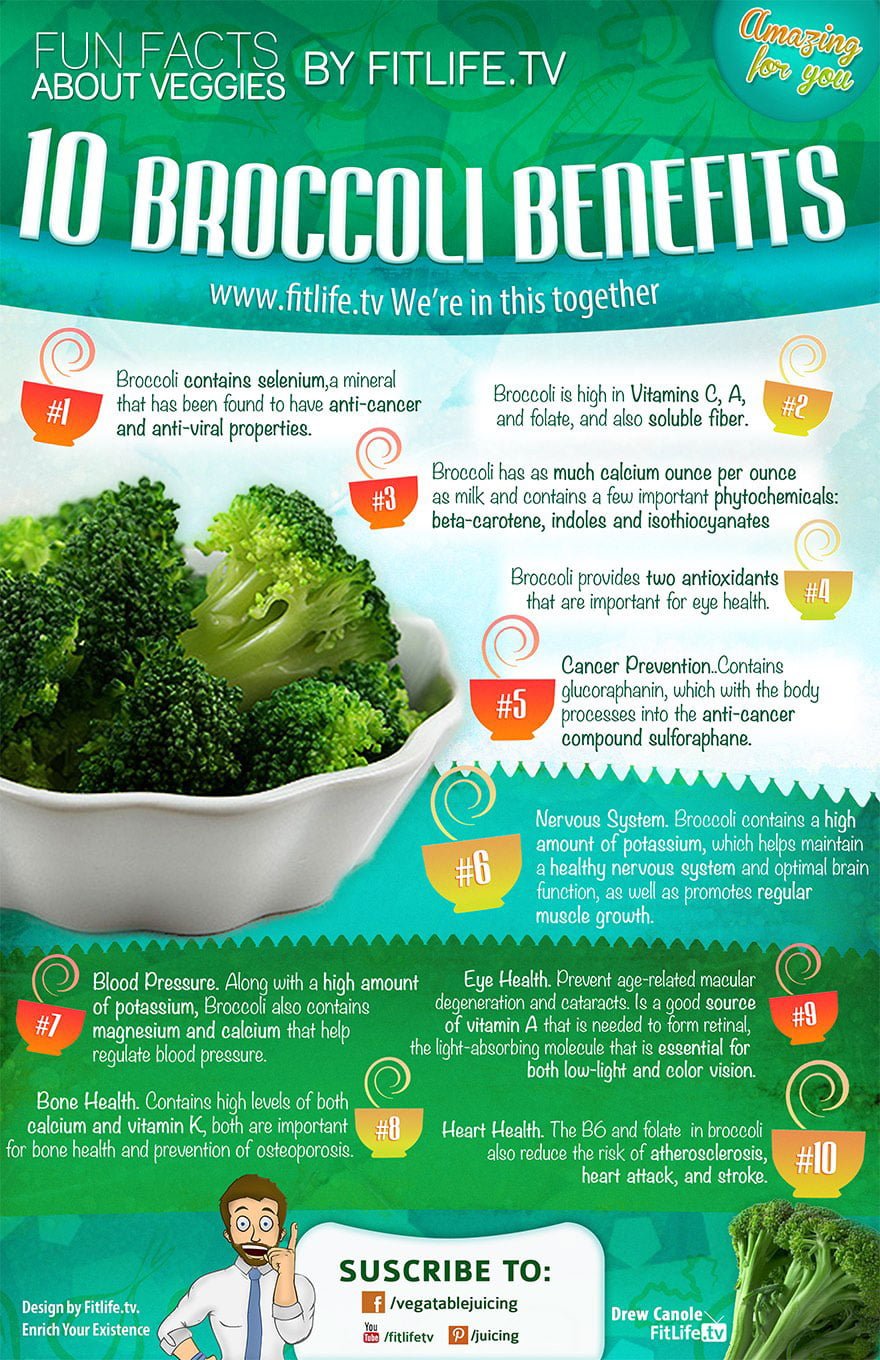