Research has confirmed that an antioxidant-rich diet combined with a little exercise is good for arthritis. Researchers made use of gallic acid, an antioxidant found in green tea, gallnuts, and other plants, and making use of cartilage cells obtained from arthritic knees, they applied a stretching mechanism mimicking the stretch that happens when walking. Not only were markers of arthritis inflammation reduced in the cells, but the production of necessary proteins typically found in cartilage that’s healthy also improved.1✅ JOURNAL REFERENCE
DOI: 10.1016/j.yexcr.2021.112841

The researchers found the combination of gallic acid with the stretching, which functions like exercise for the cell itself, reduced markers of inflammation, meaning osteoarthritis was reversed. It's essentially like having a good diet and good exercise on a micro-scale.

Osteoarthritic cartilage cells from knees donated when removed during surgery for joint replacement were collected for the study. The cells were cultured in the lab and 6 antioxidant nutritional products, such as curcumin, Vitamin E, and Vitamin C were first tested. Antioxidants can counteract free radicals, unstable atoms resulting from oxidative stress with cell-damaging potential.

The lab tests indicated gallic acid to be the most efficient antioxidant for counteracting the free radicals in the osteoarthritic cartilage cells. The gallic acid was then applied and stretching was added, making use of a cytostretcher. Stretching was set to 5%, a level that corresponds to human knee stretch when walking.

The combination reduced markers of inflammation called matrix metalloproteinases. The deposition of glycosaminoglycans and collagen was also increased, compounds giving connective tissue its tensile strength, integrity, and resistance to forces from the weight of the body on the joints. The expression of 2 other proteins specific to cartilage was also increased by the gallic acid and stretching combination.

Osteoarthritis destroys cartilage in joints resulting in pain and restricting movement. There's no complete cure to date, and treatments range from prescription pain killers to surgical replacement of the joint with a synthetic joint, but even the surgery doesn't allow the individual to return to a full range of motion.

An alternative procedure is known as autologous chondrocyte implantation, which entails the removal of the joint’s cartilage cells, growing them to huge numbers, and then re-implanting them. The cells aren't however treated before re-implanting them, and the lack of treatment leads to the growth of a weaker fibrocartilage. The cells can also stay affected by osteoarthritis, and full functionality is not returned to the joint with these procedures.

This study provides additional evidence that a diet rich in antioxidants and exercise actually work, even for individuals with mild osteoarthritis. It's very bad for the cartilage tissue to remain inactive the entire day. 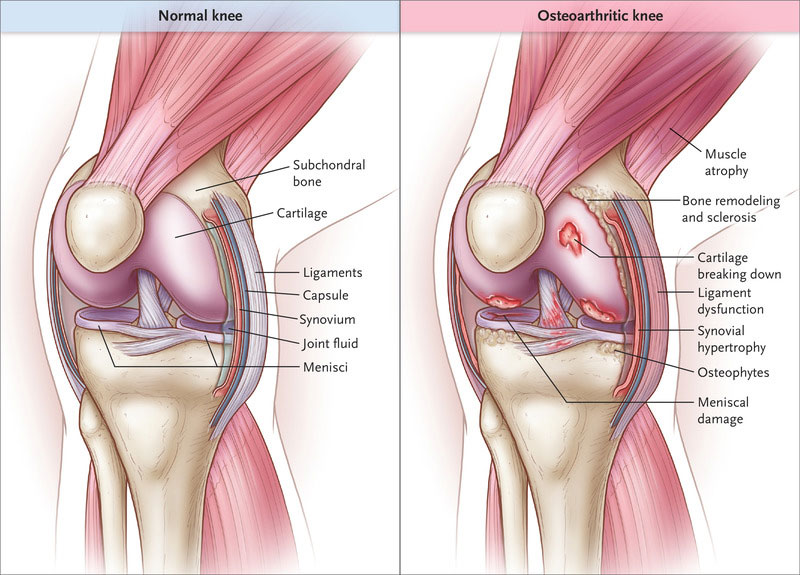