Many individuals all of a sudden started being more inactive during the beginning of the COVID-19 pandemic. A study has revealed that individuals who continued to spend a greater amount of time sitting between April and June 2020 were more likely to have increased depression symptoms. Researchers examined how sedentary behaviors and physical activity are associated with mental health, and how changes to these behaviors impact the way individuals think, feel and perceive the world.1✅ JOURNAL REFERENCE
DOI: 10.3389/fpsyt.2021.741433

Survey responses from over 3,000 study participants were examined to get an overview of these behavioral changes. Individuals self-reported the amount of time they spent performing activities such as exercising, sitting, and looking at screens, and how these behaviors compared to before the pandemic. Making use of standard clinical scales, participants also noted changes to their mental well-being such as anxiety, depression, feeling stressed, and loneliness.

The survey data revealed that individuals who were adhering to the U.S. Physical Activity Guidelines of 2.5 to 5 hours of moderate to vigorous physical activity every week pre-pandemic reduced their physical activity by an average of 32% shortly after the restrictions related to COVID-19 became effective. The same individuals reported feeling more anxious, depressed, and lonely.

A 2nd study served as a follow up to look at whether the mental health and behaviors of the individuals changed with time. Individuals completed the same survey every week between April and June.

In the 2nd study, it was discovered that individuals on average experienced an improvement in their mental health over the 8-week period. They adjusted to life in the pandemic. But for individuals whose sitting times stayed high, their depressive symptoms didn't recover on average in the same way as everybody else's.

The individuals who continued spending a large part of their day sitting experienced blunted improvements in mental health. The researchers pointed out that finding an “association” between mental health and sitting isn't the same as stating more sitting results in depression. They said it’s possible that more depressed individuals sat more or that those who sat more became more depressed. There could also have been another factor that the researchers didn't identify. 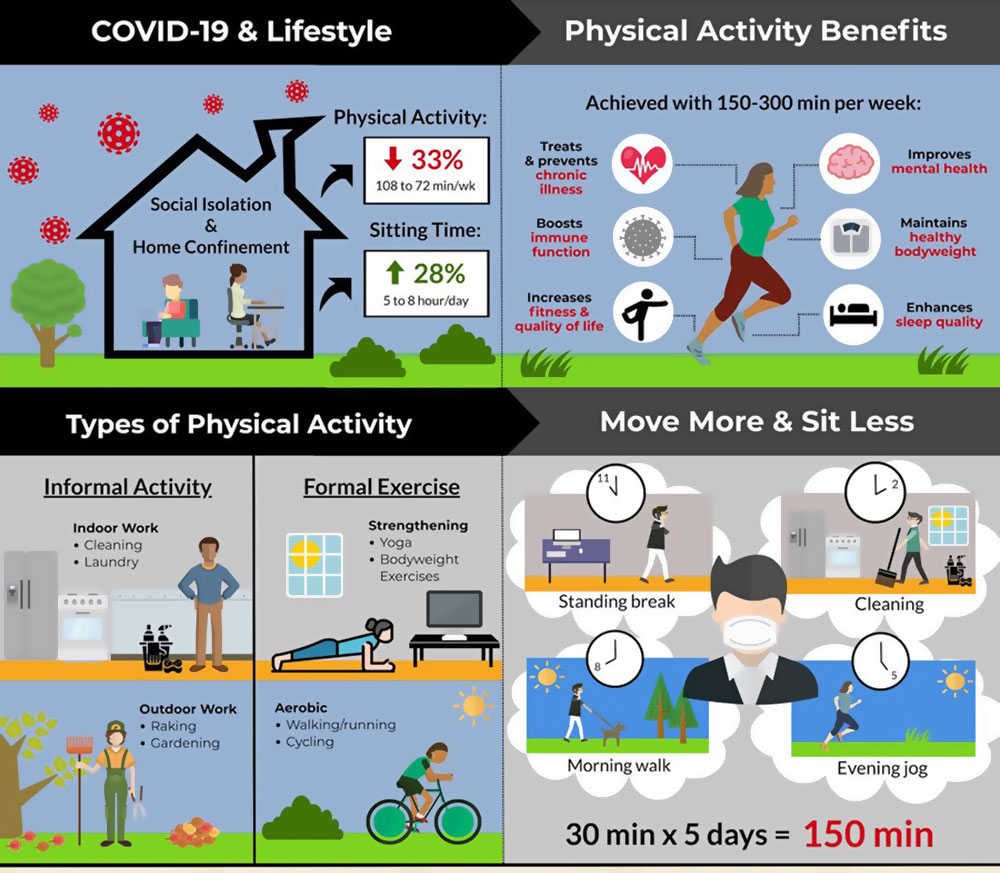