According to research, including cranberries in your diet may help to improve brain function and memory, as well as reduce LDL cholesterol. The researchers examined how the equivalent of a cup of cranberries consumed each day benefits the study participants who were between the ages of 50 and 80 years.1✅ JOURNAL REFERENCE
DOI: 10.3389/fnut.2022.849902

According to the researchers, dementia is predicted to affect approximately 152 million individuals by 2050. There's no known cure and modifiable lifestyle interventions must be found that can help reduce the risk of disease.

Previous research has revealed that a higher intake of dietary flavonoids is linked to reduced cognitive decline and dementia rates. Foods rich in proanthocyanidins and anthocyanins, which give color to berries, have been shown to help improve cognition.

These micronutrients are abundant in cranberries and their anti-inflammatory and antioxidant properties are well recognized. The researchers wanted to learn more with regards to how cranberries may help in reducing neurodegeneration related to aging.

They examined the effect of 12 weeks of cranberry consumption on brain function as well as cholesterol in 60 individuals with healthy cognition. Half of them consumed cranberry powder that had been freeze-dried equal to 100g of fresh cranberries every day for 12 weeks. The other participants consumed a placebo.

The results revealed that cranberry consumption significantly improved the individuals' neural functioning, memory of everyday events, and blood delivery to the brain.

They discovered that the individuals consuming the cranberry powder experienced a significant improvement in episodic memory performance combined with an improvement in essential nutrient circulation such as glucose and oxygen to important brain areas that support cognition, specifically retrieval and consolidation of memory.

The group that consumed the cranberry powder also exhibited a significant reduction in levels of LDL cholesterol, known to play a part in the hardening or thickening of the arteries known as atherosclerosis, which is a result of plaque build-up in the artery's inner lining. This supports the notion that cranberries can help improve vascular health and may in part play a role in improving brain cognition and perfusion. 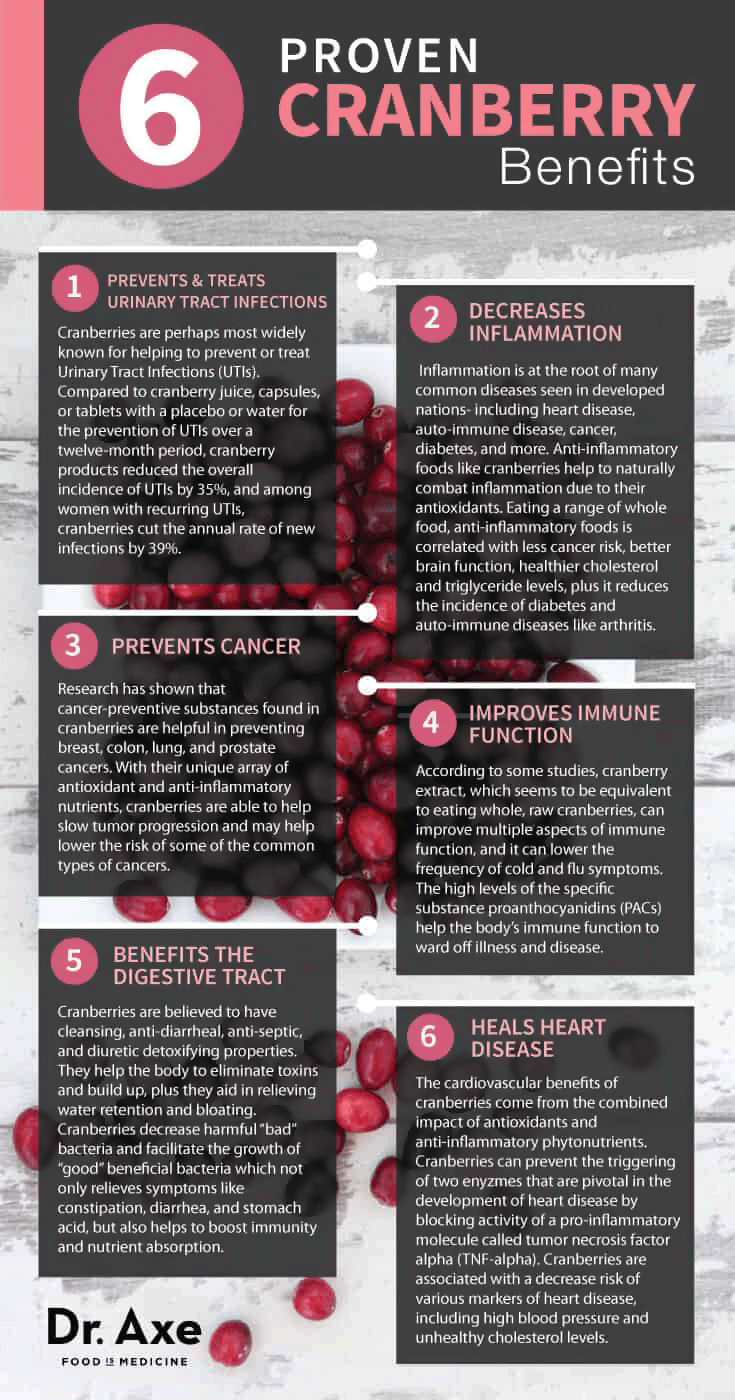