Research indicates that antibiotic treatment for babies in the 1st week of life is associated with a reduction in healthy bacteria needed for digesting milk as well as increased antimicrobial resistance. According to the researchers, physicians should consider making use of antibiotics in a way that will cause a minimum of harm to the community of microbes, known as the microbiome, living in the bodies of the babies.1✅ JOURNAL REFERENCE
DOI: 10.1038/s41467-022-28525-z

Antibiotics aimed at a wide range of bacteria called broad-spectrum antibiotics are prescribed according to current guidelines to 4 to 10 % of all babies for suspected infections. The antibiotics are however unnecessarily prescribed in the majority of cases as only a small percentage of babies who get the medications are ultimately diagnosed with an infection.

This over prescription is for ensuring early treatment for babies who are eventually found to have an infection because any delay in treatment may easily result in a life-threatening situation. The researchers carried out a study that involved 227 babies to evaluate how antibiotics impact the microbiome of a newborn.

A total of 147 babies who were suspected of having sepsis were given 1 of 3 standard antibiotic treatments. The results were compared to the results of 80 babies without any suspected infections and who did not receive an antibiotic. All of the babies had a fecal or rectal sample taken pre and post-treatment, and at 1, 4, and 12 months old. An analysis of the samples was performed on the microbes that make up their microbiome which is still developing and for bacterial genes linked to antimicrobial resistance.

There was found to be a significant reduction in levels of a variety of Bifidobacterium species in babies that had been prescribed antibiotics in comparison to newborns not prescribed antibiotics. These microbes help with human breast milk digestion and gut health promotion, as well as immune defense support.

The researchers also observed an increase in bacteria that potentially cause disease and in the abundance and quantity of genes associated with antimicrobial resistance in the babies that had received antibiotics. Changes in 251 of 695 different bacteria were observed following treatment with antibiotics, changing the good and bad bacteria balance to be replaced by more potentially harmful microbes.

Although slowly recovering, the microbiome and antimicrobial resistance gene changes persisted for a minimum of 12 months with no improvement from breastfeeding, which is proven to help the immune system of a newborn.

Of the 3 antibiotic treatments examined, a gentamicin and penicillin combination had the least harmful effect on the gut microbiome of a baby as well as the number of antimicrobial resistance genes emerging. It was concluded that this specific antibiotic combination should be the preferable prescription when suspected infections are treated in babies. 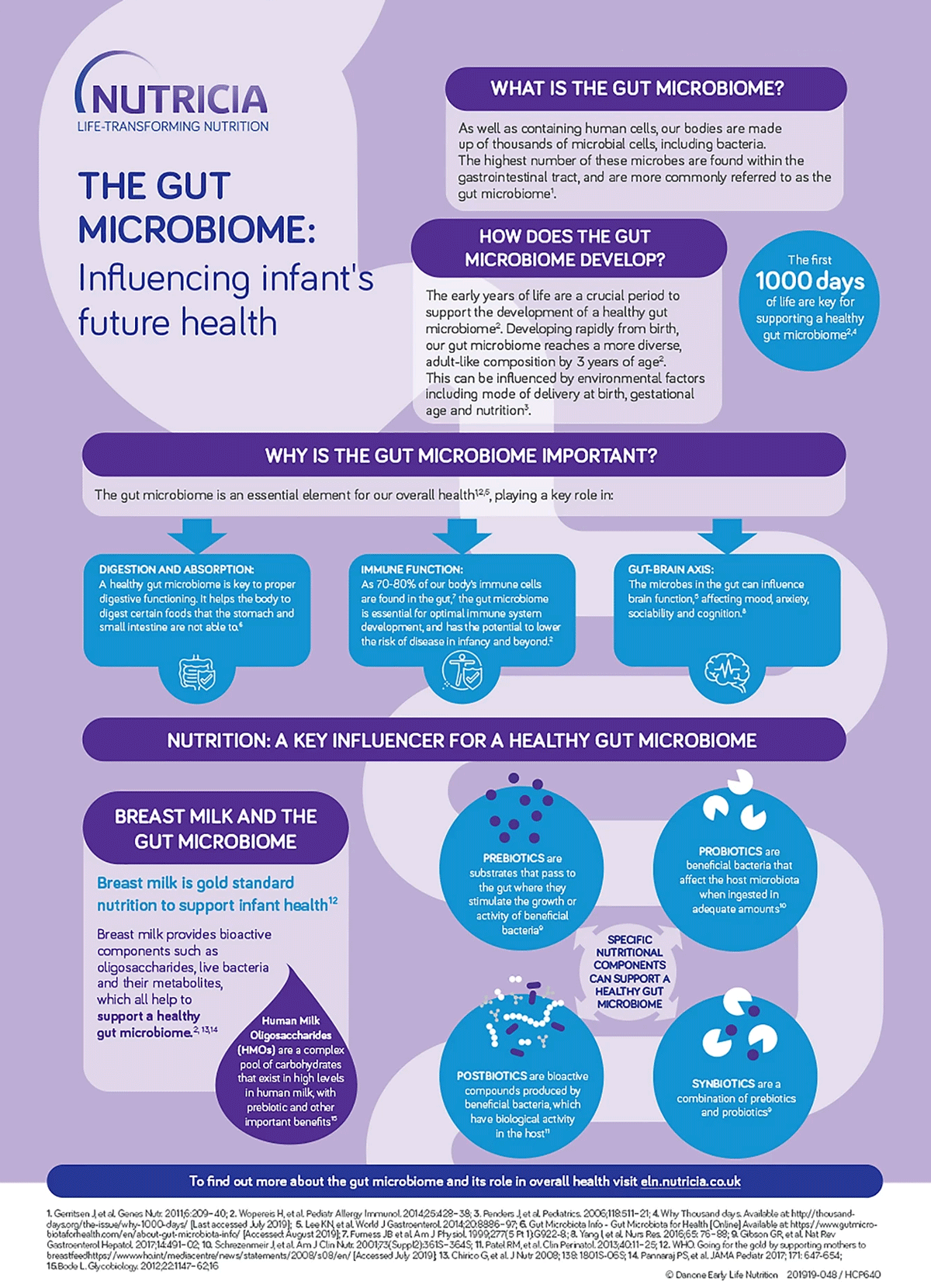