A study has found that consuming a diet high in processed foods for 4 weeks resulted in a strong inflammatory response in the brains of aging rats together with behavioral signs of memory loss. It was also found that memory problems were prevented and the inflammatory effects were almost completely reduced in older rats when the processed diet was supplemented with the omega-3 fatty acid DHA.1✅ JOURNAL REFERENCE
DOI: 10.1016/j.bbi.2021.08.214

Cognitive problems and neuroinflammation weren’t seen in young adult rats consuming the processed diet. The diet used for the study mimicked “convenience” human foods that are commonly packaged for long shelf life, which include potato chips as well as other snacks, preservative-containing deli meats, and frozen entrees such as pizzas and pasta dishes.

Diets high in processed foods are also linked to type 2 diabetes and obesity, suggesting elderly individuals may want to cut back on convenience foods and include more DHA-abundant foods like salmon, especially taking into consideration that harm to the aged brain was noticeable in just 4 weeks in this study.

The study results suggest that consuming a processed diet can result in abrupt and significant memory deficits, and in aging individuals rapid decline in memory has a greater chance of progressing into neurodegenerative diseases like Alzheimer’s. By being mindful of this, perhaps processed foods can be limited and consuming foods rich in the omega-3 fatty acid DHA can be increased for preventing or slowing that progression.

DHA is an omega-3 fatty acid that along with EPA is found in fish as well as other seafood. Among the many functions that DHA has in the brain is a role in repelling an inflammatory response, and this study shows that it has the ability to act against brain inflammation caused by a processed diet.

For the study, rats of 3 months and 24 months were randomly assigned to their standard chow diet, a highly-processed diet, or the identical processed diet supplemented with DHA.

In behavioral experiments, the older rats consuming the processed diet also exhibited signs of memory loss that weren’t noticeable in the young rats. They didn’t remember having spent time in an unfamiliar place in just a few days, a sign of contextual memory problems in the hippocampus, and didn’t exhibit anticipatory fear behavior to a danger cue, which indicated there were amygdala abnormalities.

The human amygdala has been suggested as a factor in memories linked to emotional events that produce fear and anxiety. If this brain region is dysfunctional, danger anticipating cues might be missed and could result in bad decision making.

It was also revealed that supplementing the processed-food diets eaten by the older rats with DHA effectively prevented the increased inflammatory response in the brain in addition to behavioral memory loss signs.

The rats all had unrestricted access to food and the exact dosage of DHA, or precise nutrients and calories that were ingested are unknown. Both the young and older rats gained a considerable amount of weight while consuming the processed diet, with old rats gaining significantly more compared to the young rats. Supplementation with DHA had no preventative effect on the weight gain linked to consuming highly processed foods.

The researchers caution against interpreting the study results as permission to indulge in processed foods providing a DHA supplement is taken. A better approach for preventing the negative effects of highly refined foods would be working on overall diet improvement.

Highly processed diets are often advertised to be low in fat, but they’ve got no fiber and full of low-quality refined carbohydrates. Individuals who are used to checking out nutritional information should pay attention to the fiber and carbohydrate quality. 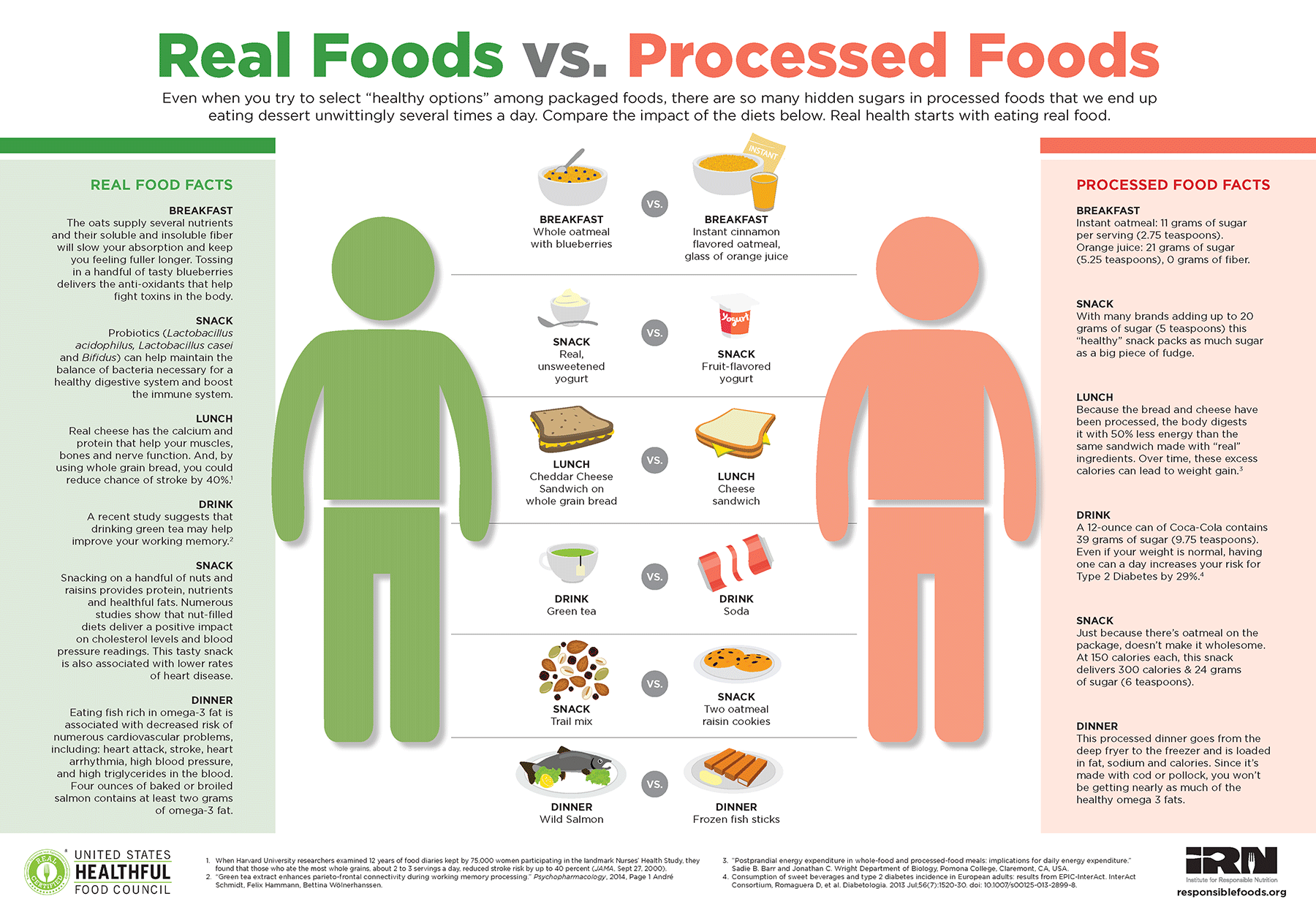